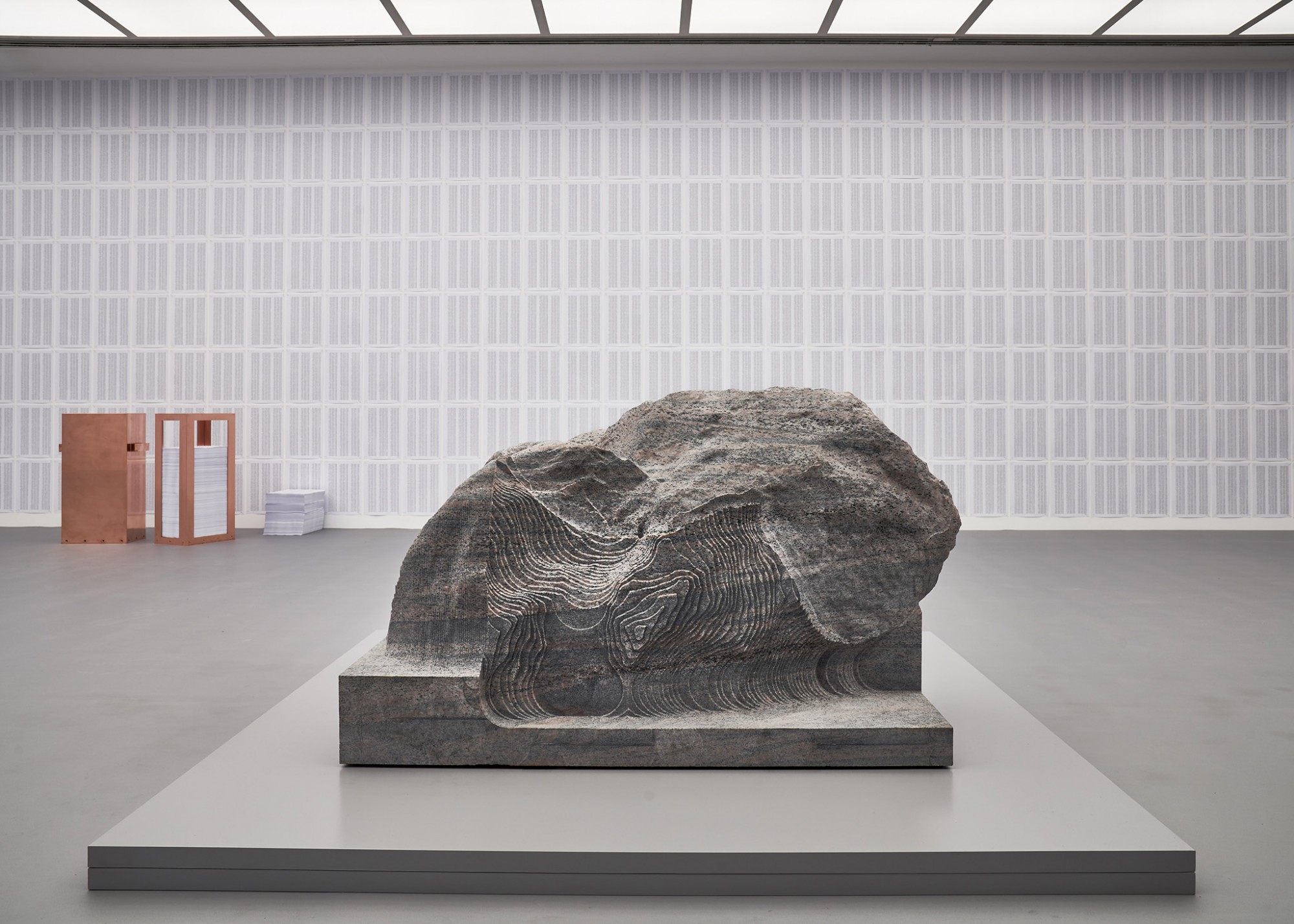 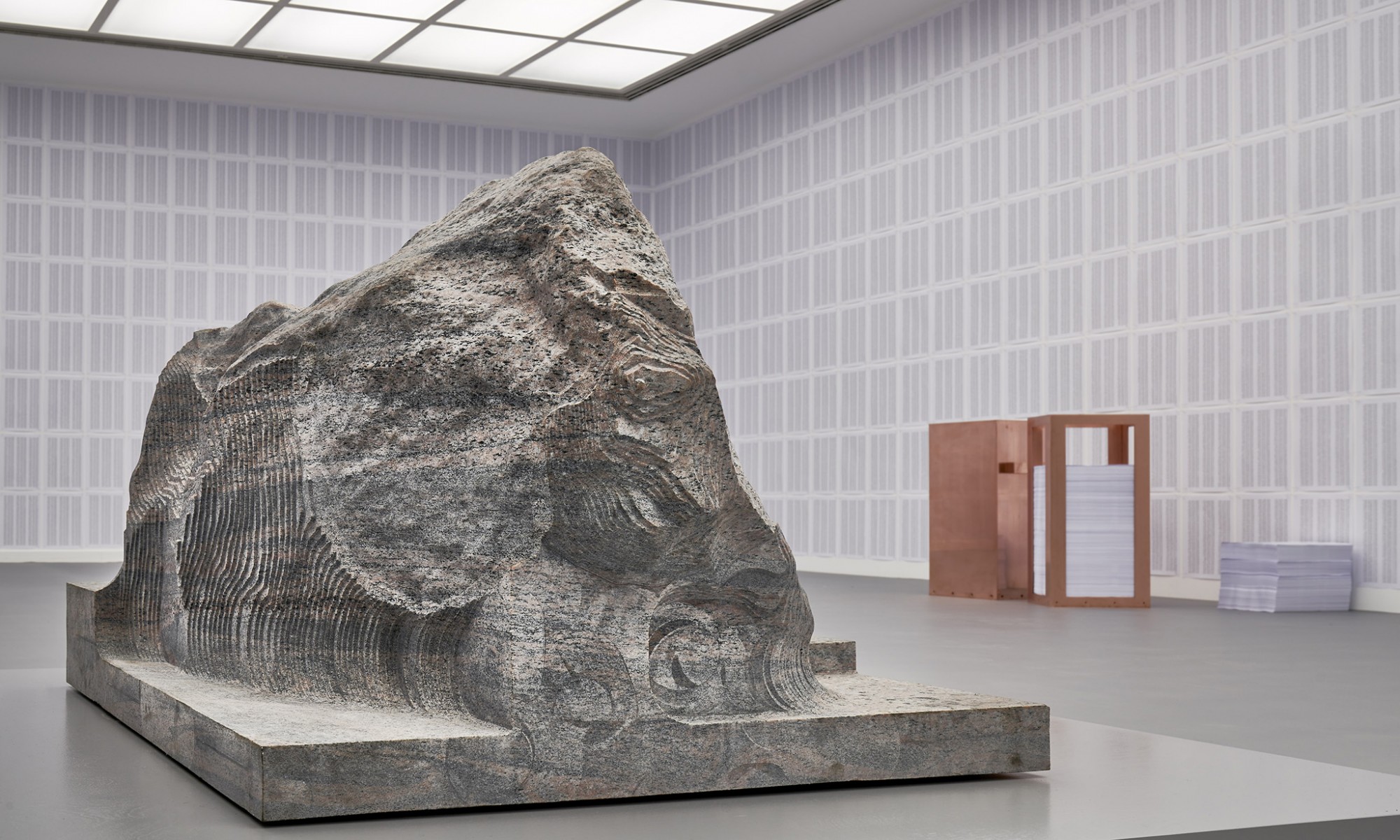 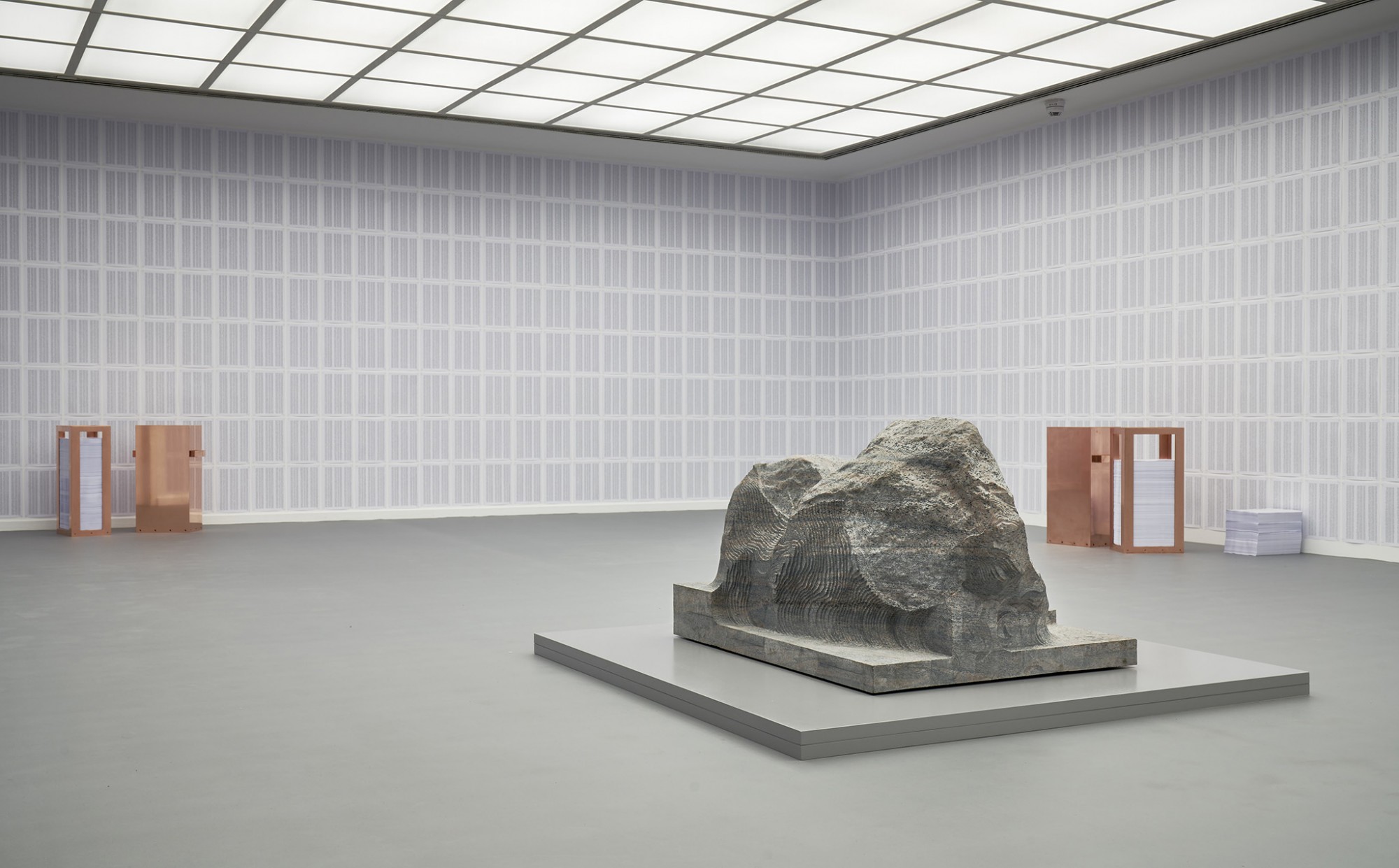 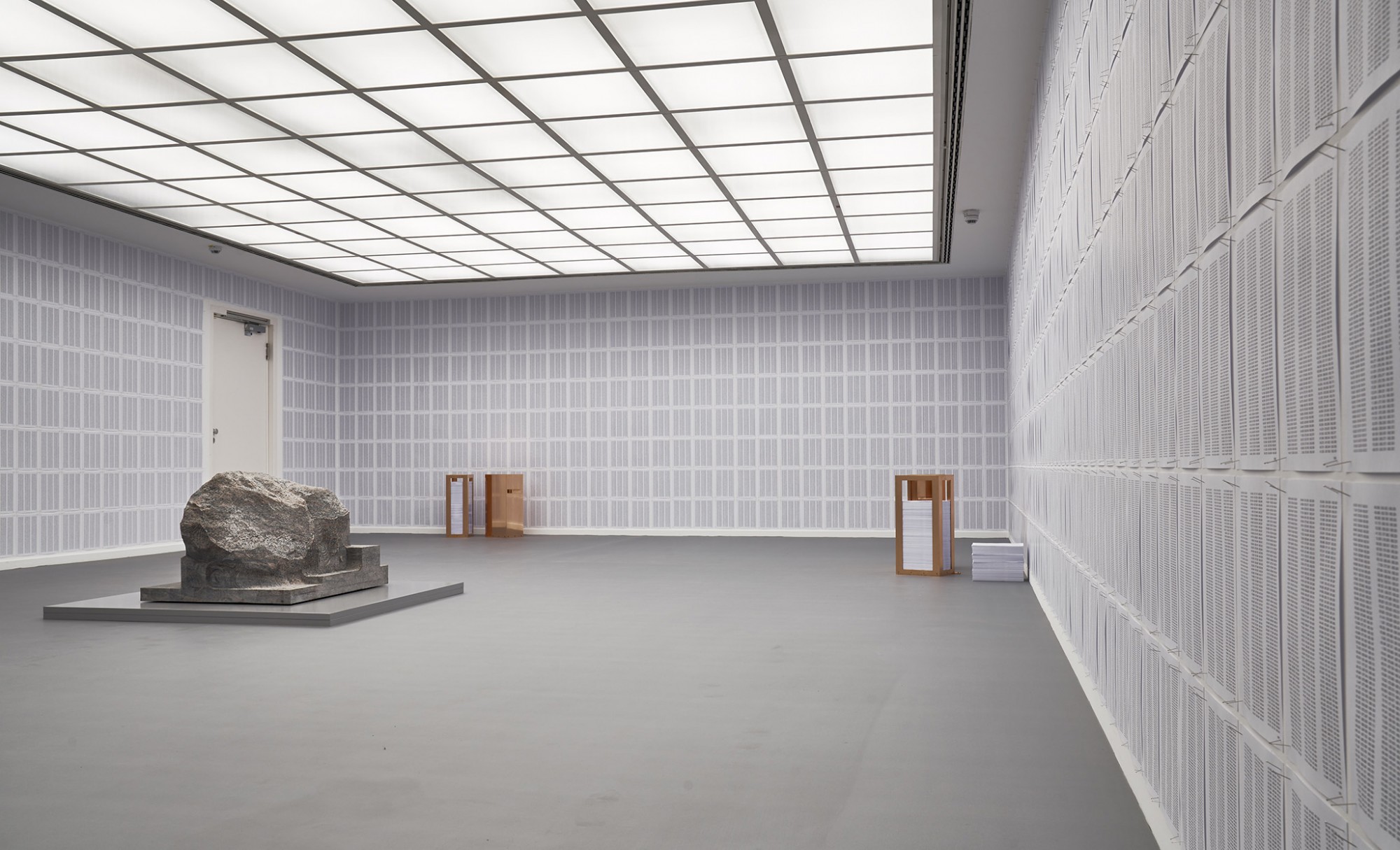 The installation Gegebenenfalls die Wirklichkeit (2017) is dominated by a partially finished granite sculpture. The natural stone was recorded using 3D scanning techniques, and the digital data from the surface measurements was transmitted to a milling machine, which then created an exact copy of the original. The artist stopped the process during the course of milling. This gives way to a sculpture that hangs in the balance between its natural and technological form. The walls are covered with printouts of the mathematical coordinates produced by the scans of the original stone: 30,000 sheets in total, some of which are also stacked on the floor or sealed in copper time capsules. The source code is a mathematically precise description of the originary form, the information about the object transferred between machines without any human assistance. The code encapsulates the form, making it potentially infinitely reproducible.

Looking at the sculpture itself doesn’t enable any decisive interpretation. Does the object still have something of its natural form, or is it still an unfinished work in progress, and if so which part is still in progress? The object fills the viewer with doubt. It triggers a short-circuit in what we think we‘re seeing. Kwade takes herself out of the process of realizing the form. Nature provides the model; the machine scans, measures and reconstructs. Viewing alone isn’t sufficient for a decisive interpretation of the work and fills the viewer with doubt about whether reality is beginning to seem synthetic, or whether the synthetic is beginning to seem real.

The work also relates to classical works like Michelangelo’s “Non-Finito”. Rodin would later establish this as his own style, declaring the incomplete an autonomous form and subsequently liberating himself from Naturalism. Kwade, by contrast, shifts the focus in her work. She transfers naturalism, authorship, and reconstruction to the machine, which is now the primary agent and realizer of the form. The incomplete, unperfected form that was determined by external conditions of the material and its dimensions in Michelangelo’s case becomes a technological process for Kwade. Giuseppe Penone’s “Essere Fiume” also stands as a reference here. Penone’s work consisted of two identical stones: one, which was formed by time and the flow of water over the riverbed, the other by the artist’s hand. Nature and artifice, model and copy, nature and humans as producers of form in concert with the material.