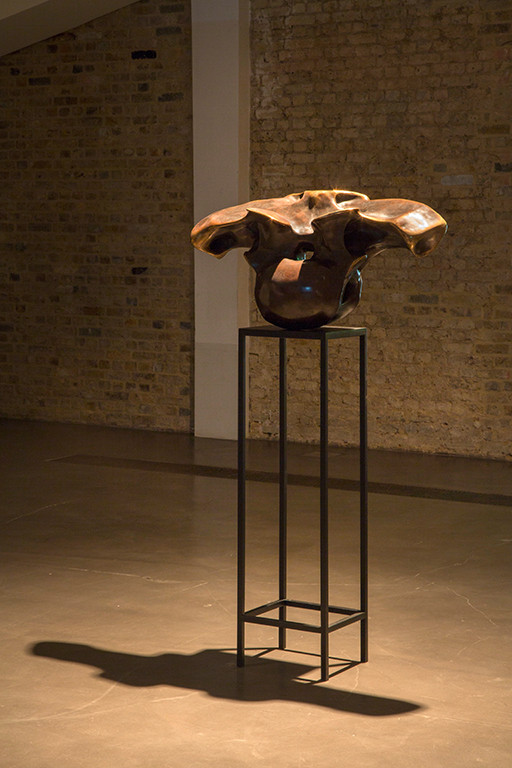 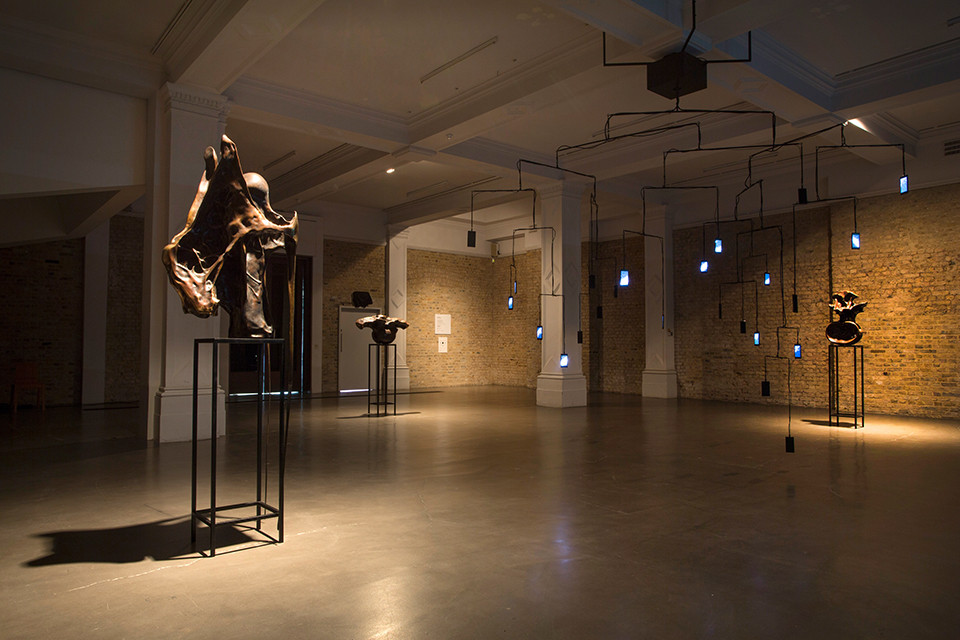 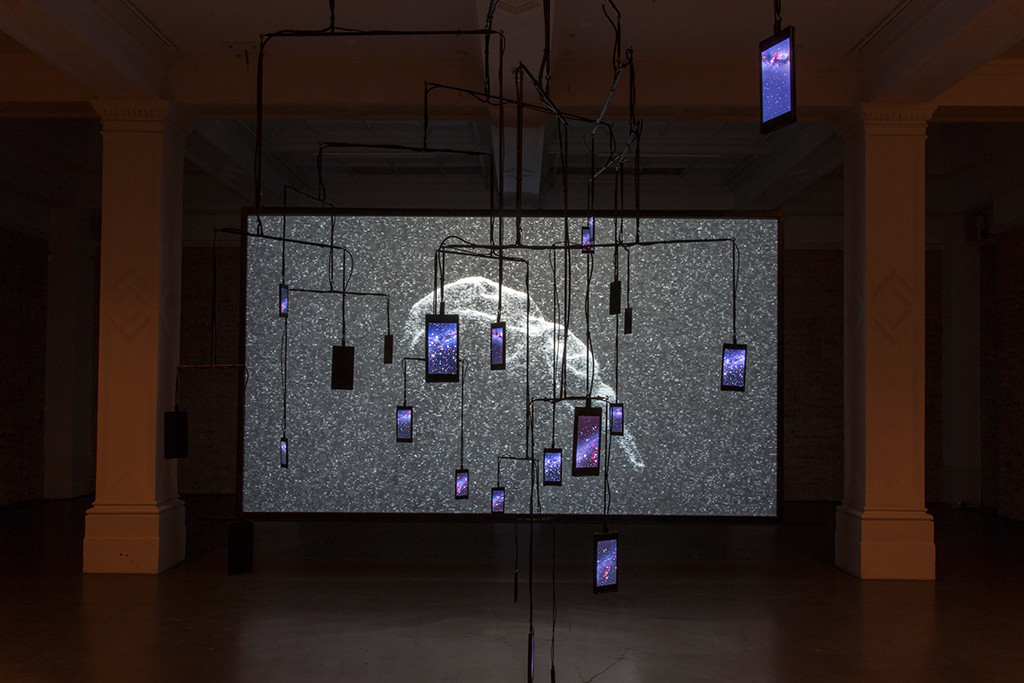 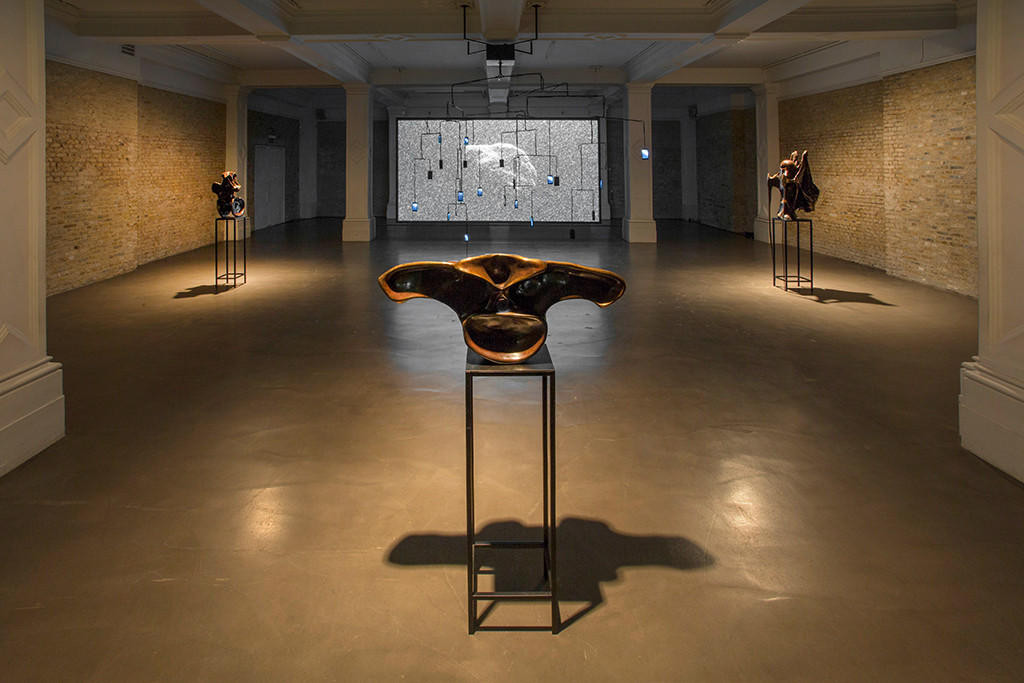 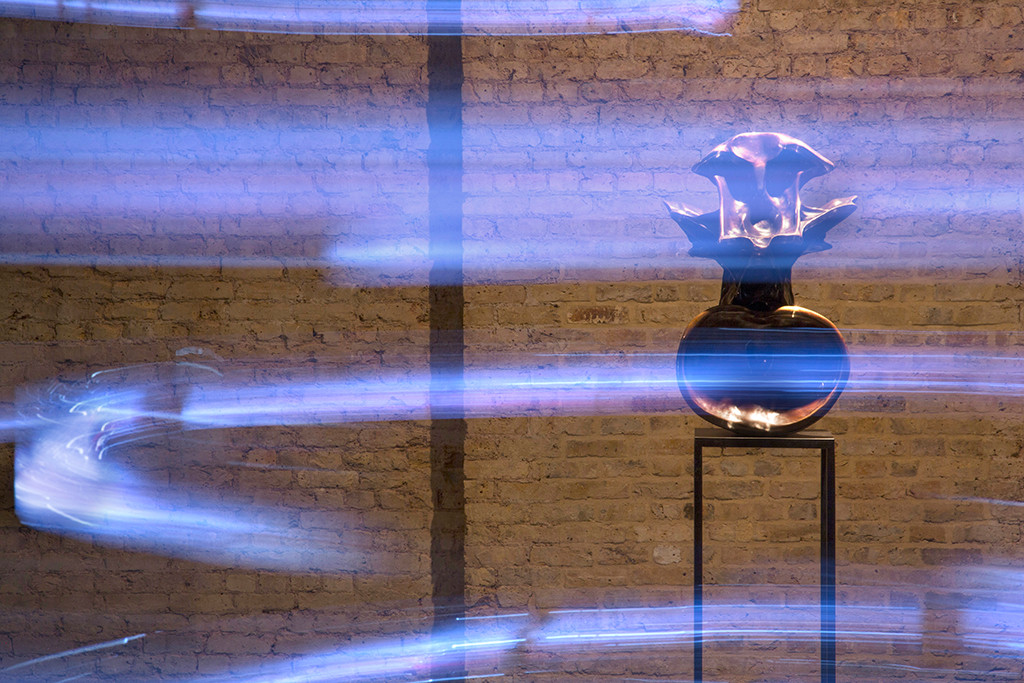 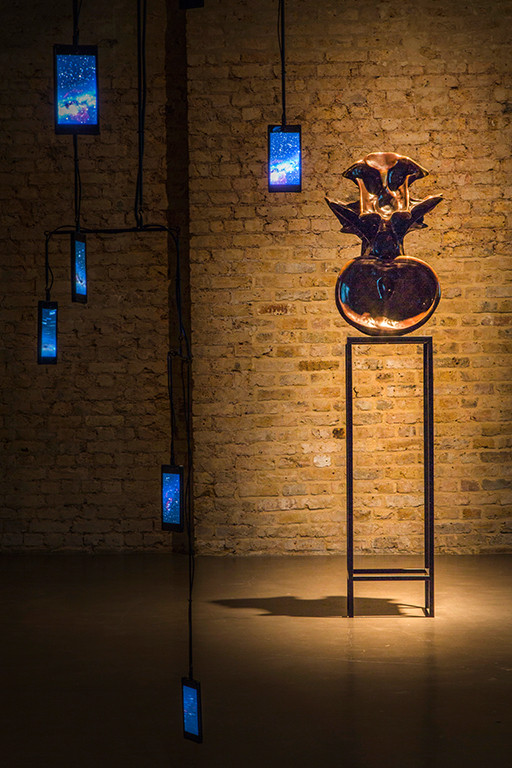 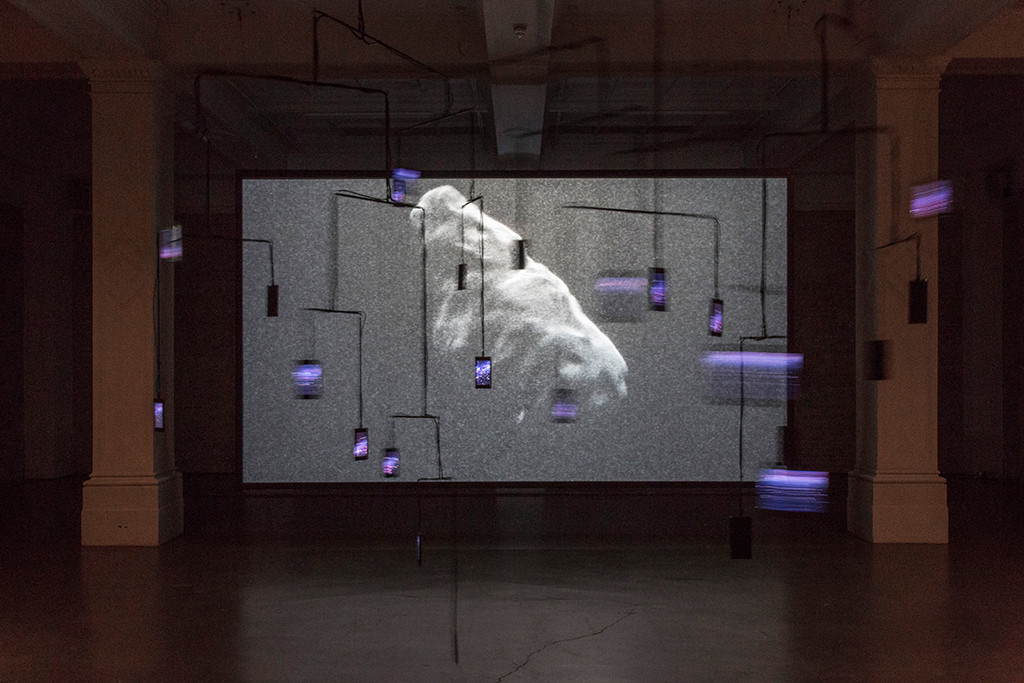 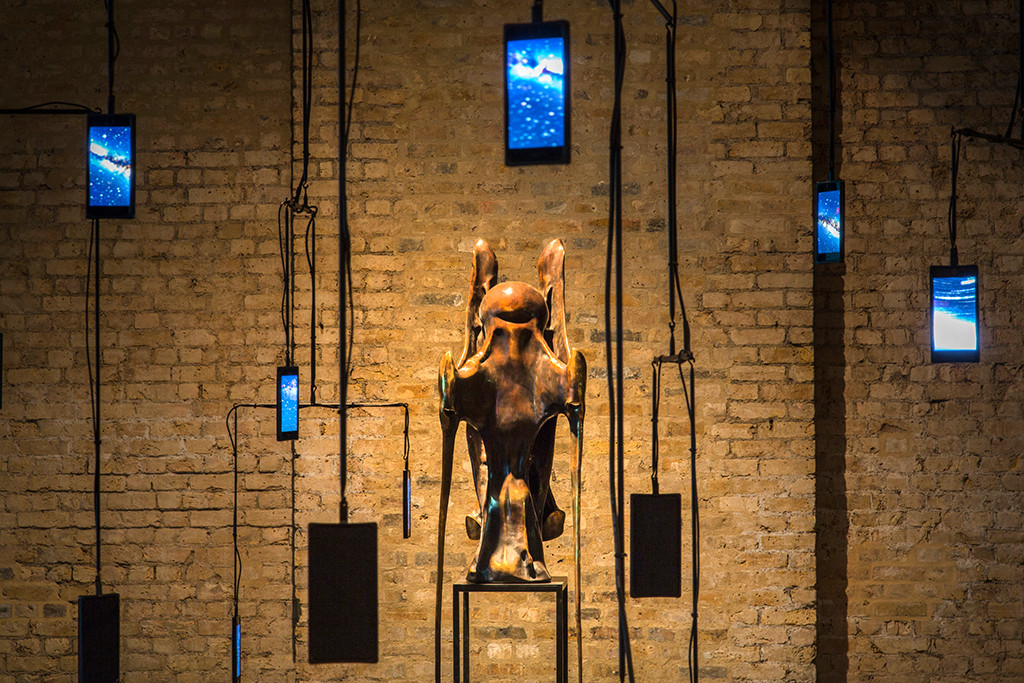 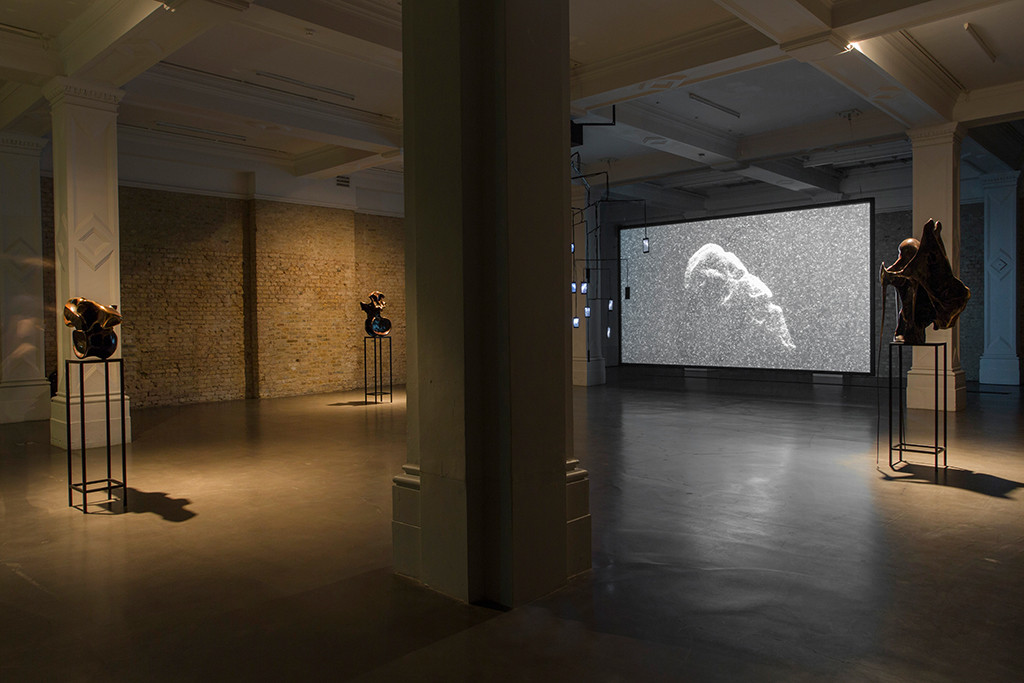 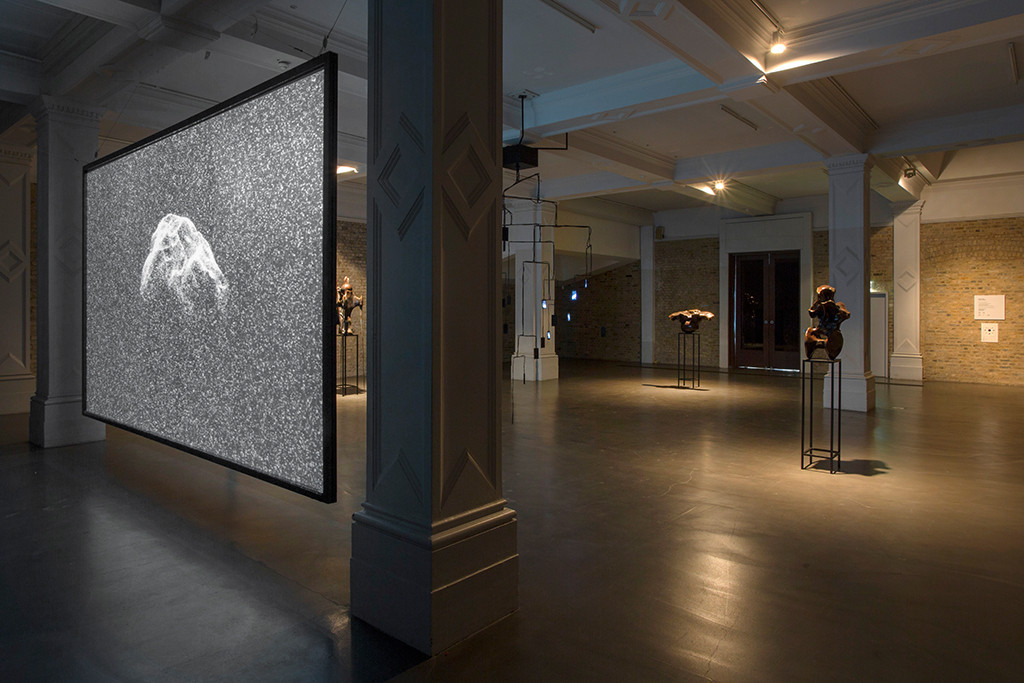 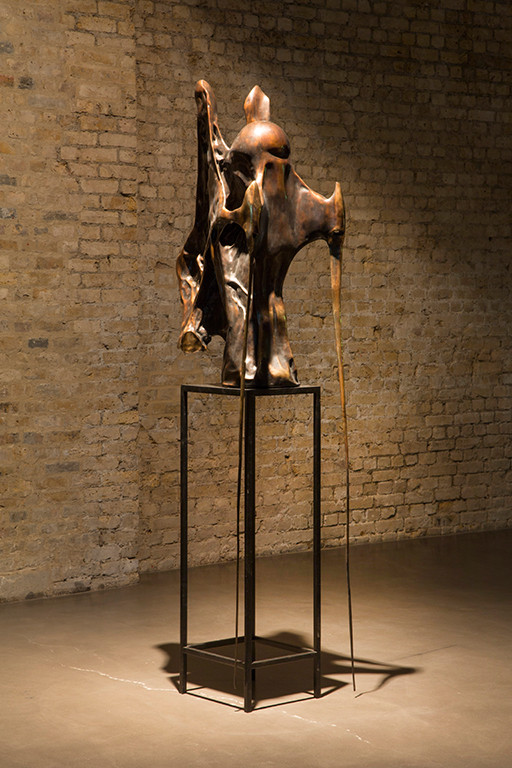 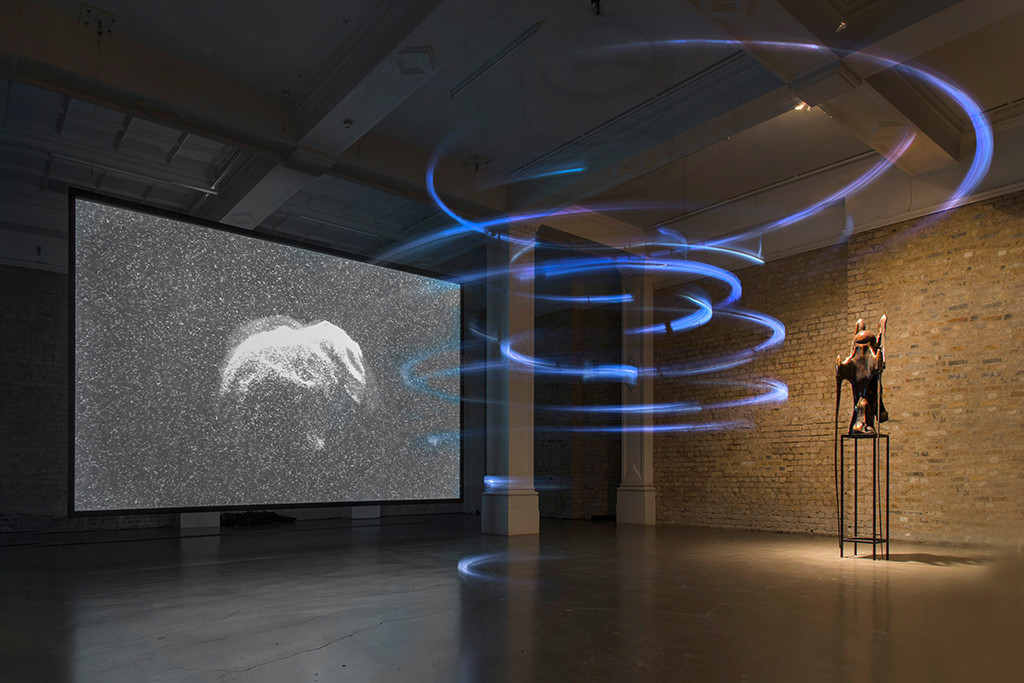 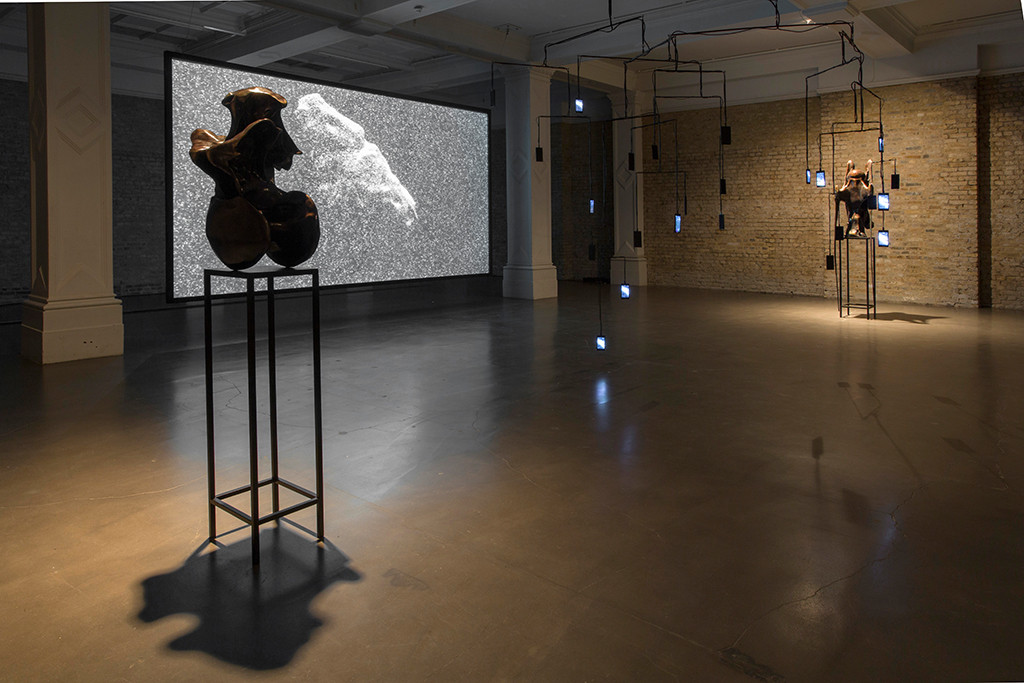 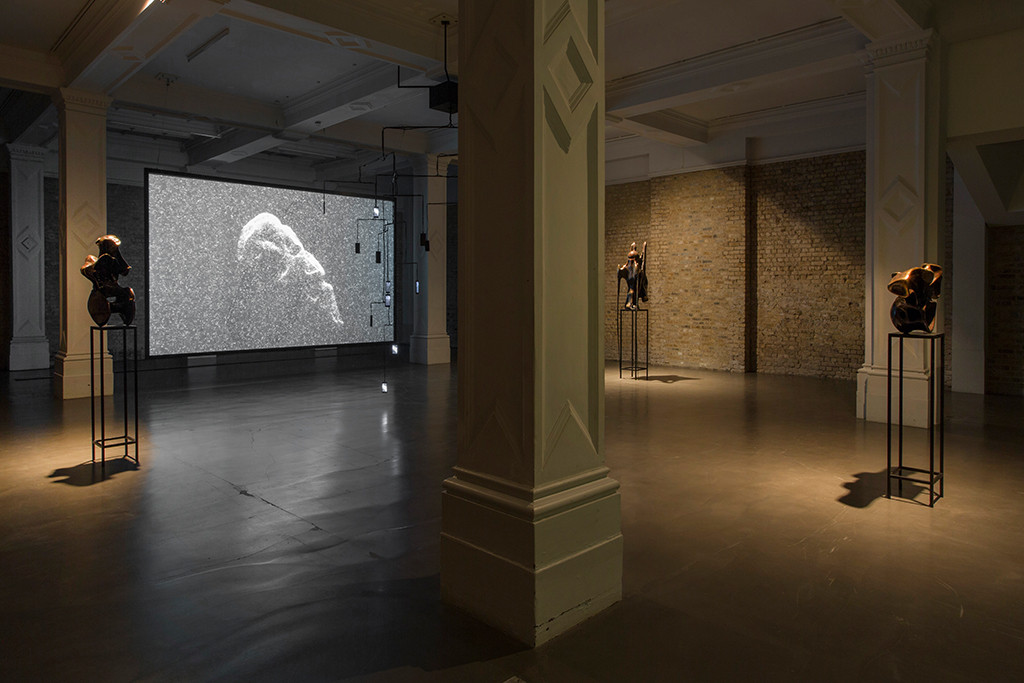 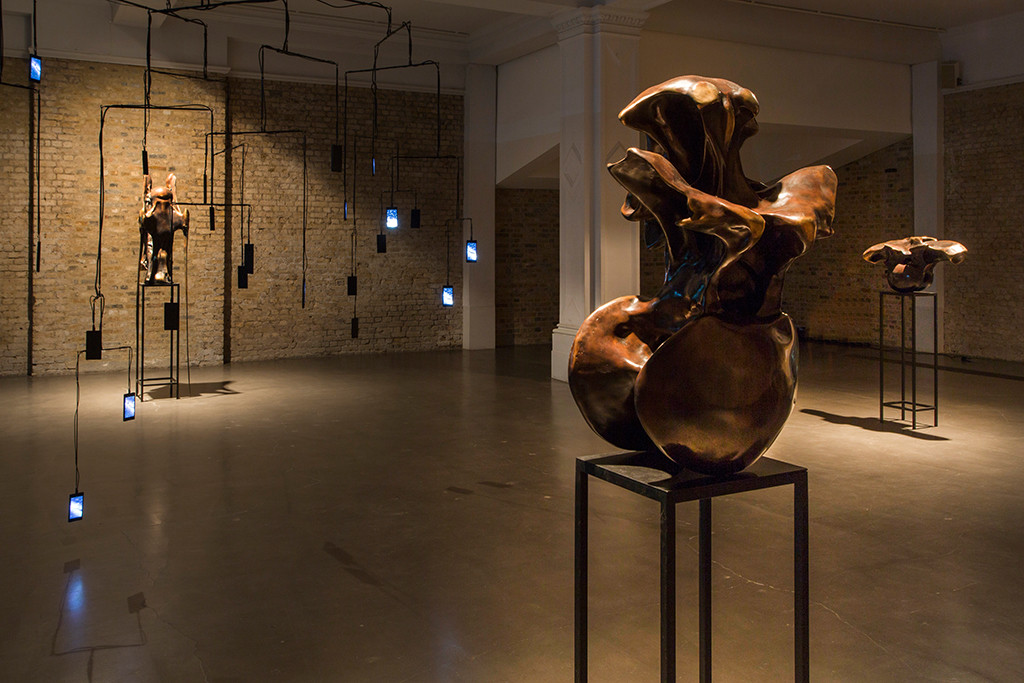 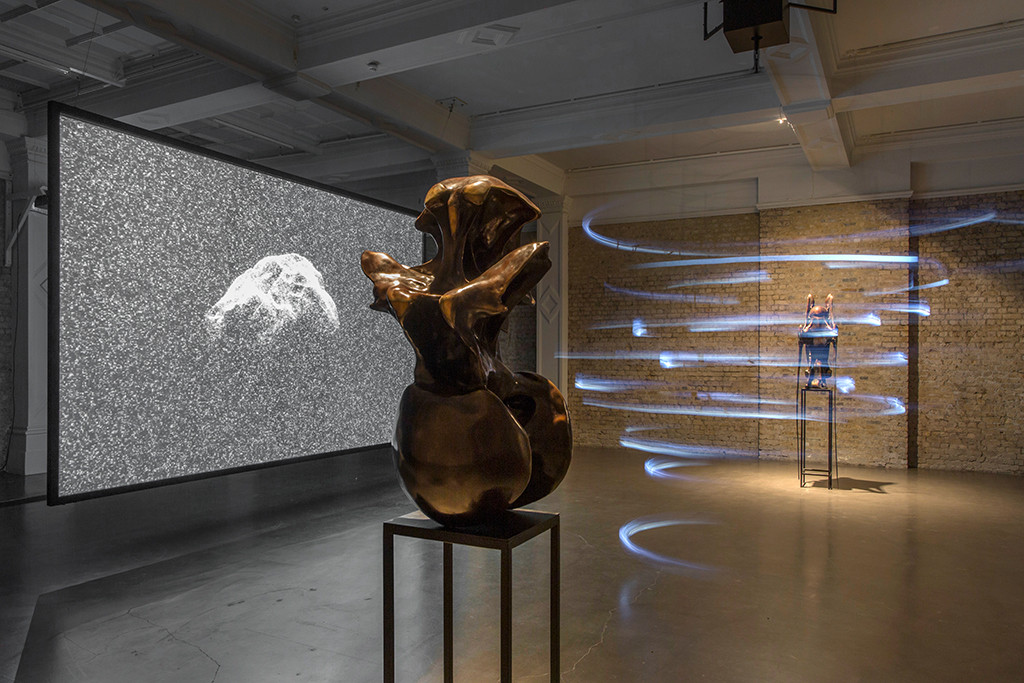 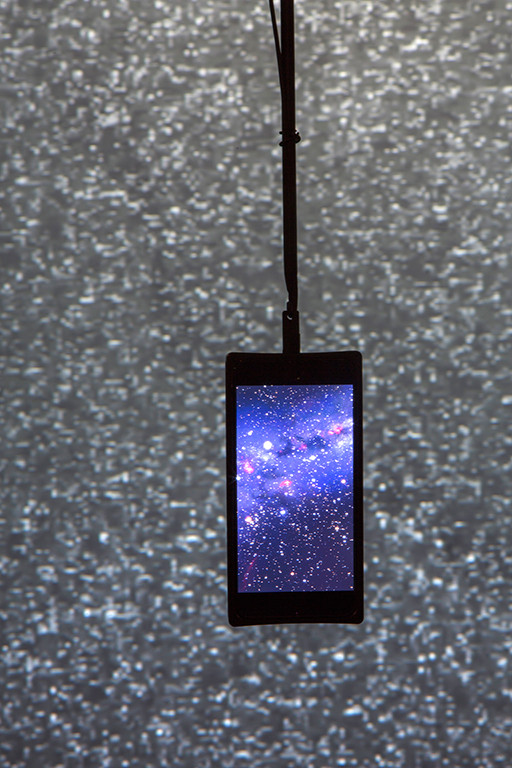 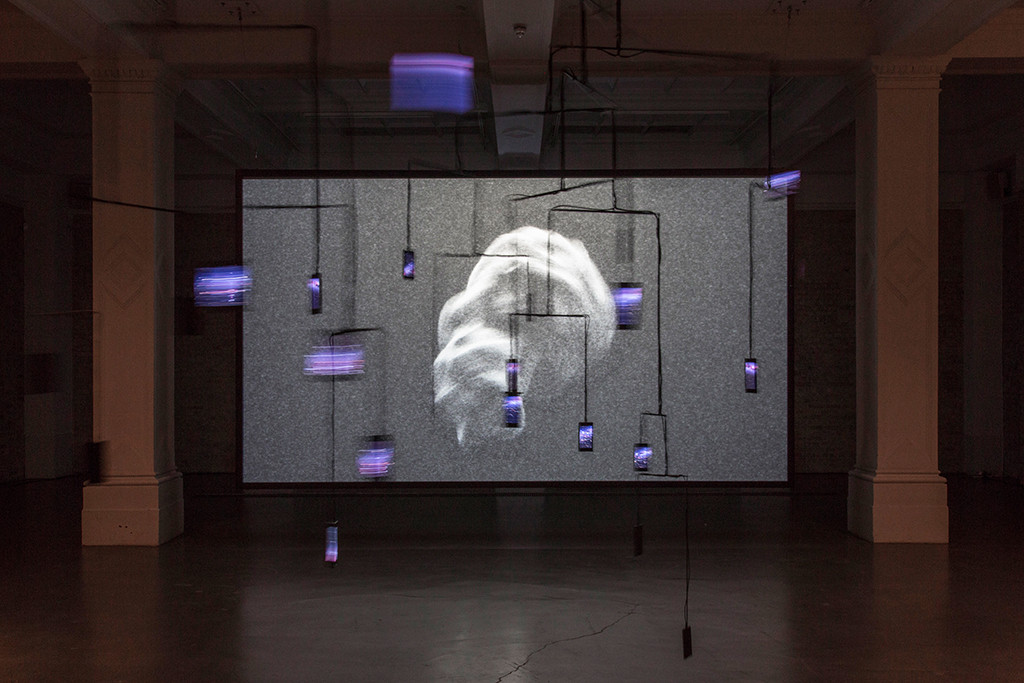 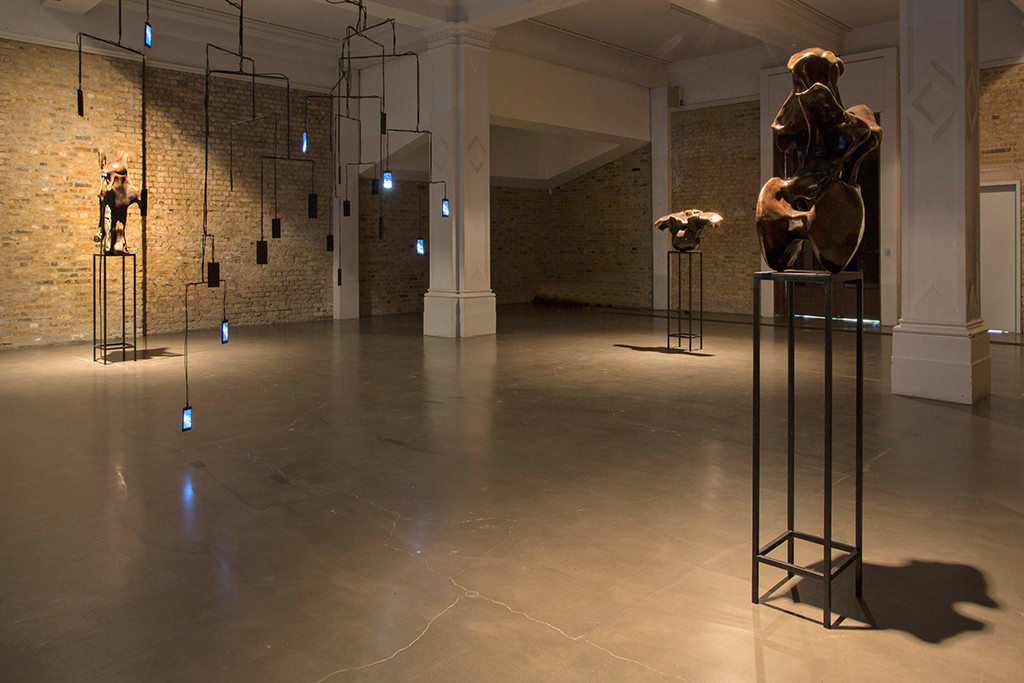 A 21st century mobile, featuring twenty-four electronic star charts, revolves at the centre of the installation. Slowly orbiting each other in a three-dimensional composition, the devices evoke kinetic sculpture and occasionally align in the formation of the constellation Cassiopeia.

As the sky charts receive information from GPS satellites showing the current locations of stars, they also vocalise in unison a reading of passages from Genesis. Directly connected to the universe, the screens become windows into a starry Milky Way, positioning the viewer at the centre.

Surrounding the mobile, Kwade (b.1979, Katowice, Poland) has placed several large bronze casts reminiscent of Modernist sculpture. Their biomorphic shapes are echoed in the artist’s projection of an ambiguous mass rotating in a black void.