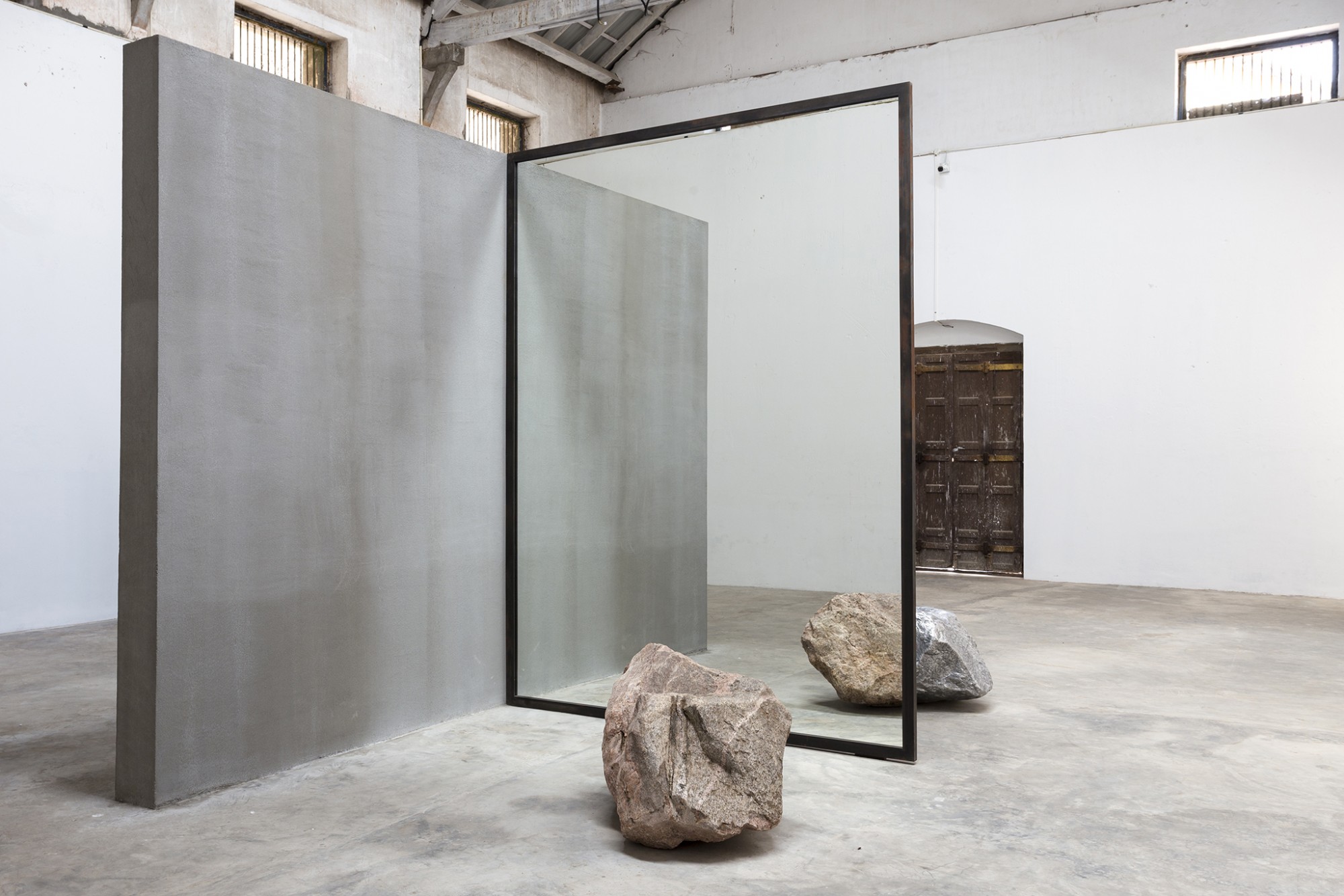 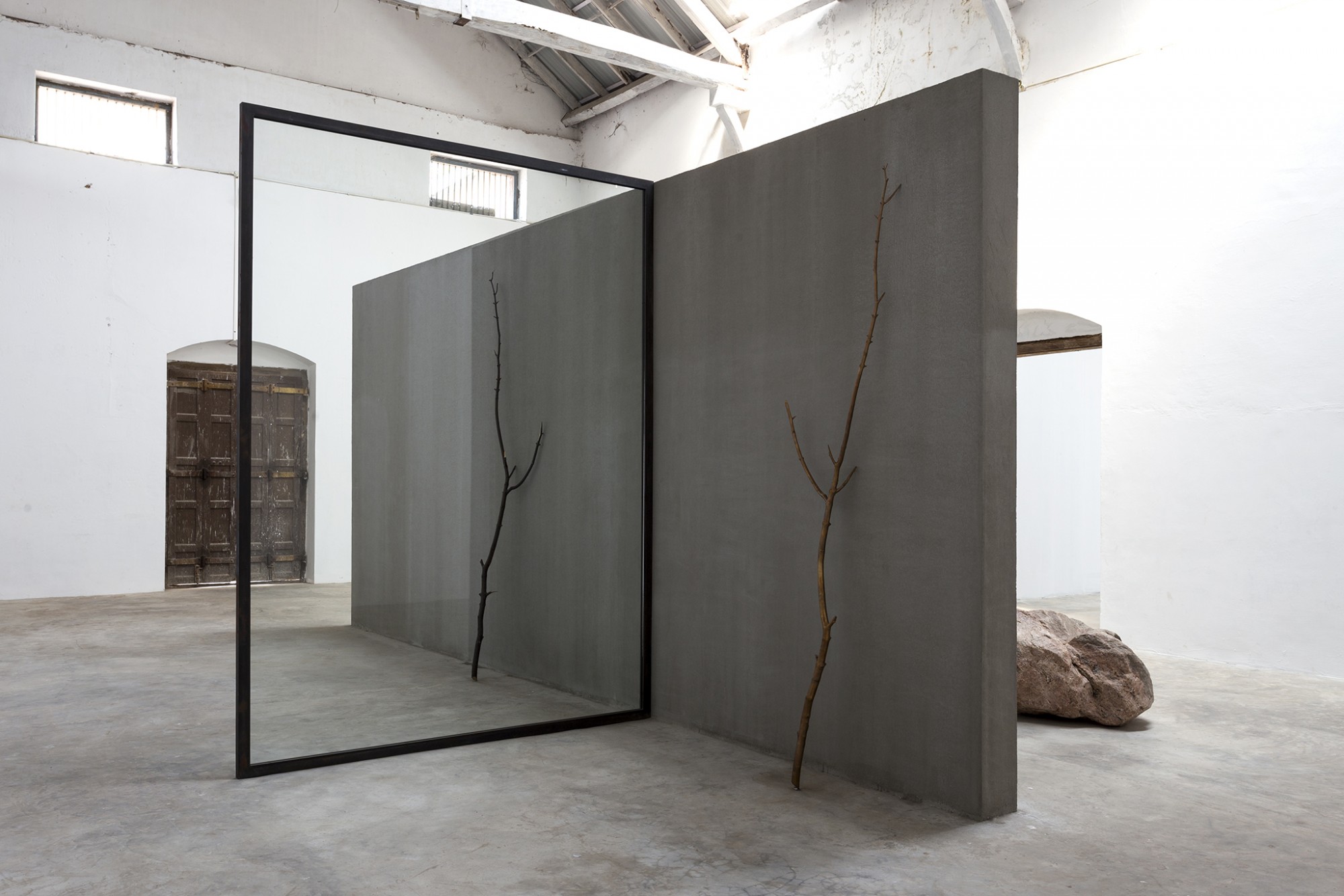 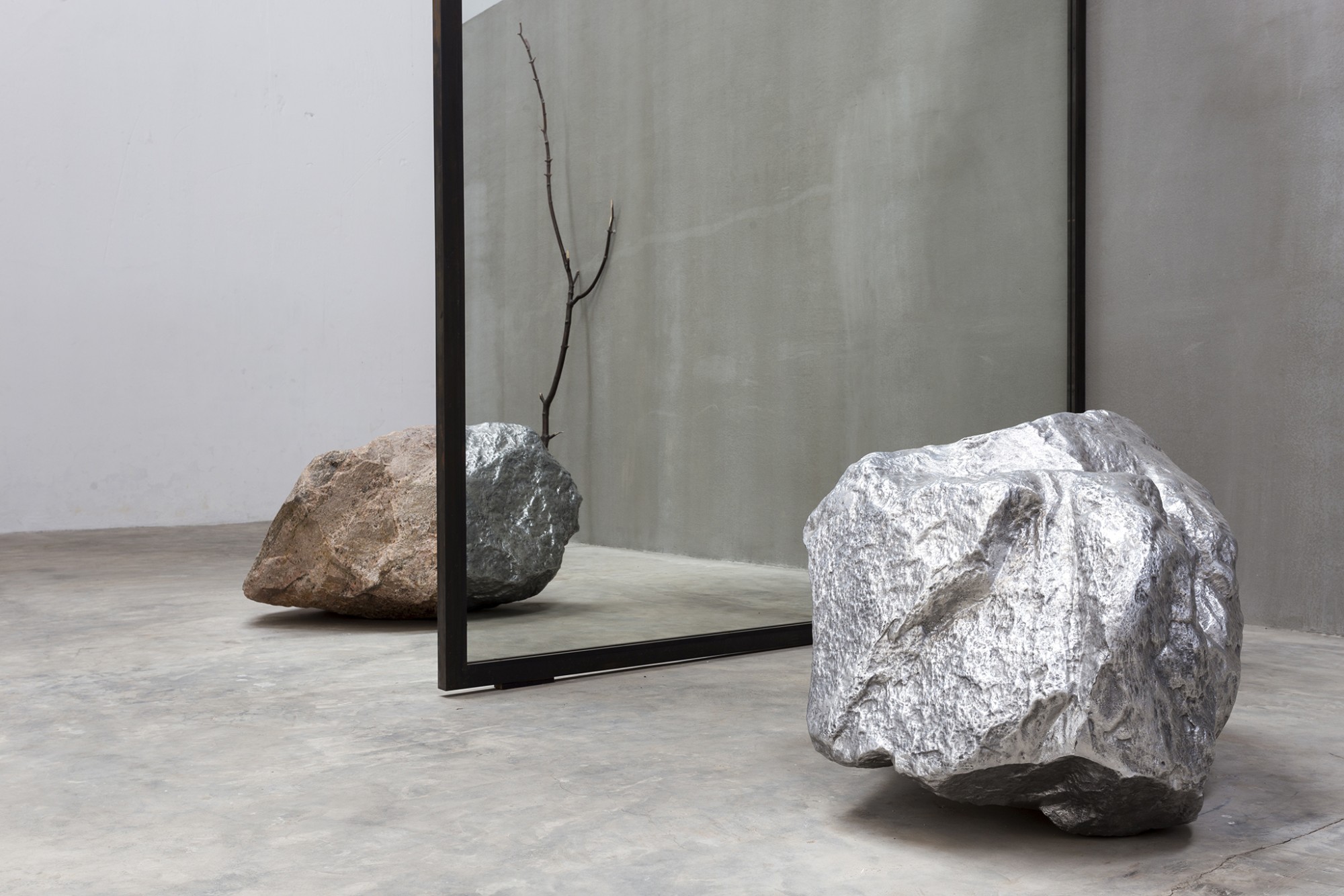 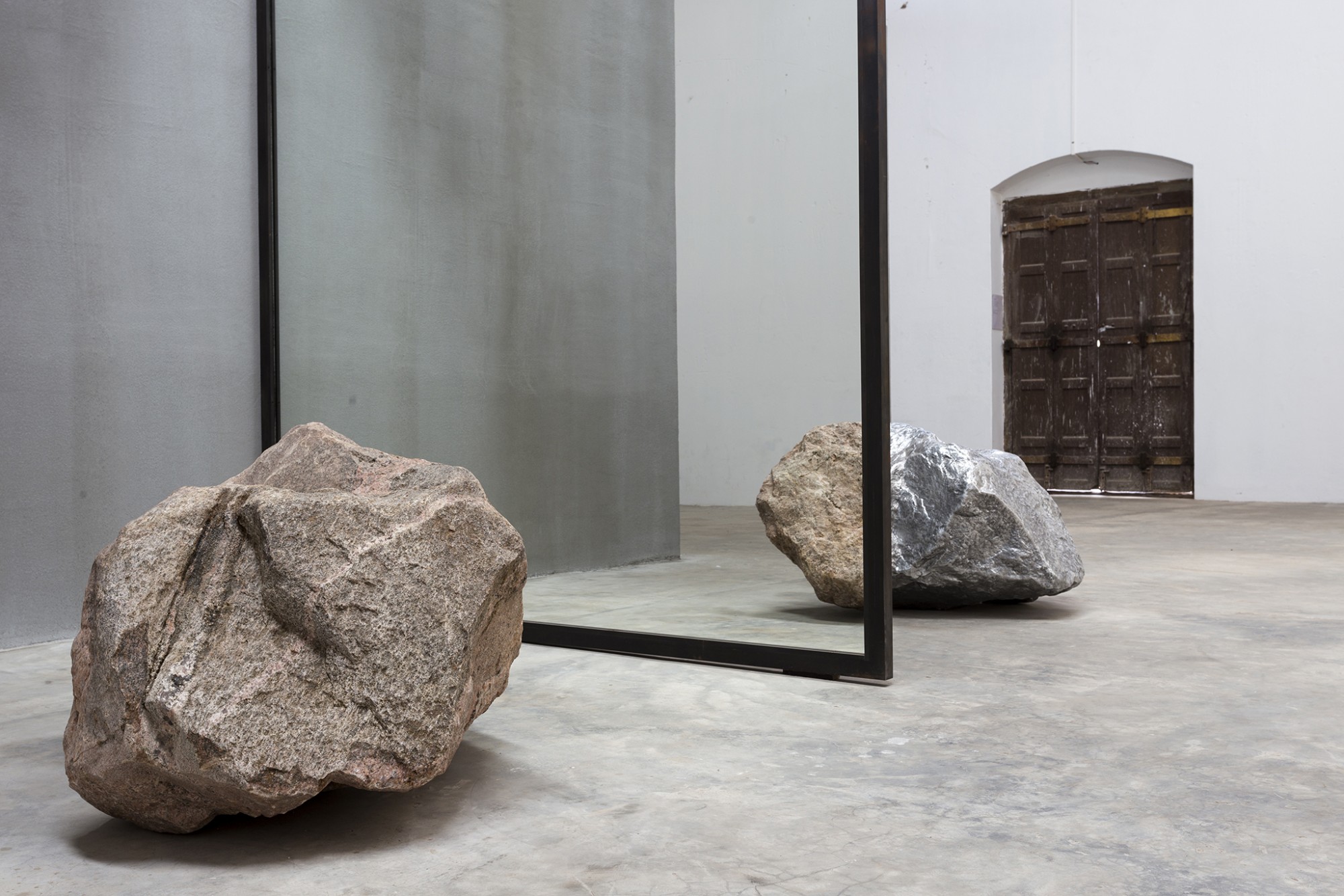 In Out of Ousia, Alicja Kwade creates a sculptural environment that extends the limits of observable reality. A structure composed of a two-sided concrete wall, a double mirror, and a large piece of glass chart out distinct perceptual spaces that coexist but cannot be entered simultaneously. Within these refractory environments, a found branch leans on one side of the installed concrete wall, while an exact copy of the branch made of corten steel leans opposite. In another face-off, a boulder is placed on the floor against a mirrored wall; its inverted double in aluminum peers back through the other side, the replica encroaching on the original’s impermeable reality.

As viewers circle the work, the quadrants begin to bleed into each other, creating a notional parallel plane where verifiable objects and their makeshift doubles become jumbled. Time itself grows an appendage, as drawing an object ‘out’ of Ousia – an Aristotelian concept of inherent substance or being – corrupts linear experience. The installation presents a framework that colors viewers’ understanding of their surroundings, introducing an elliptical conception of subjectivity into the perception of reality.