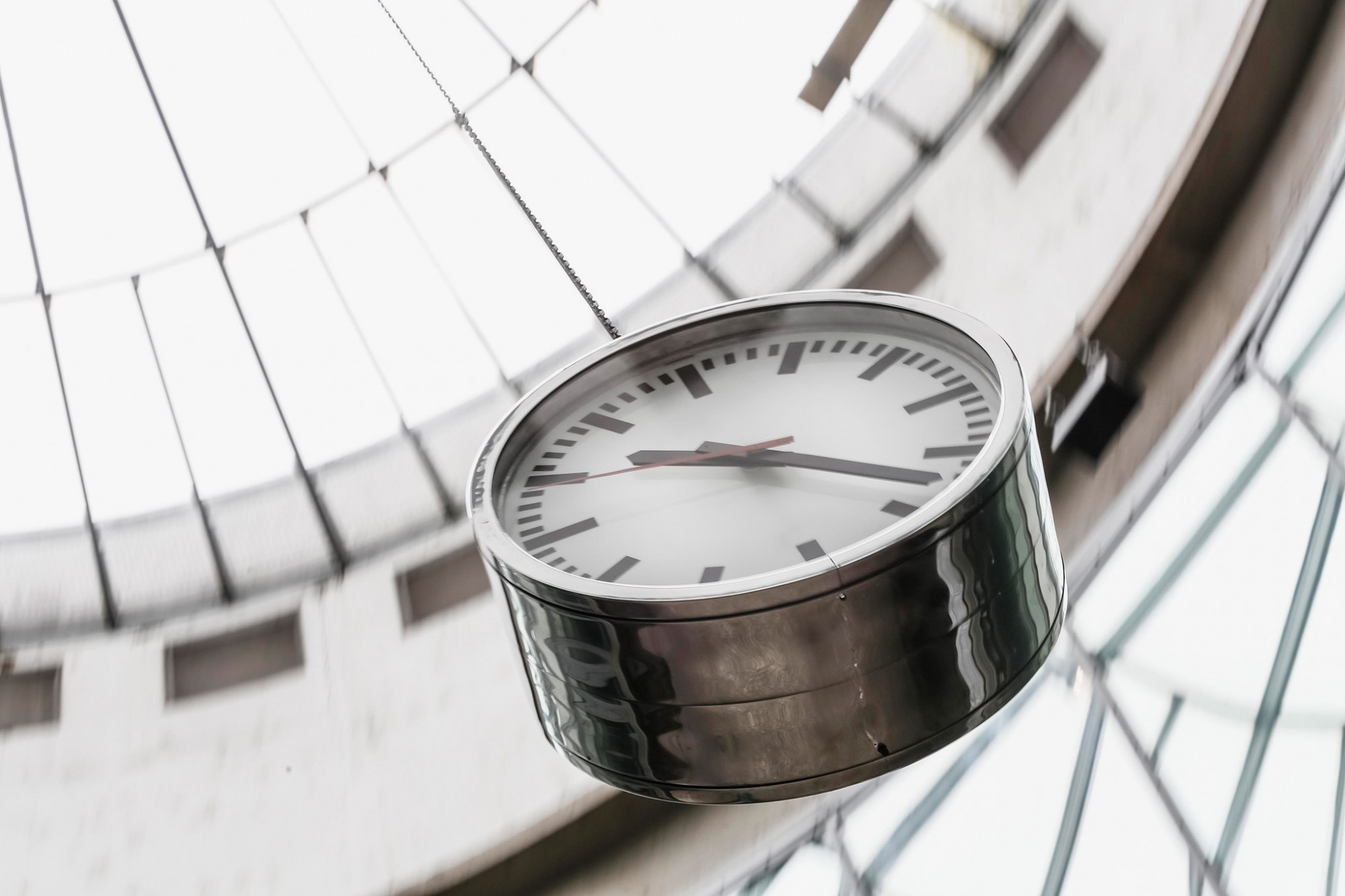 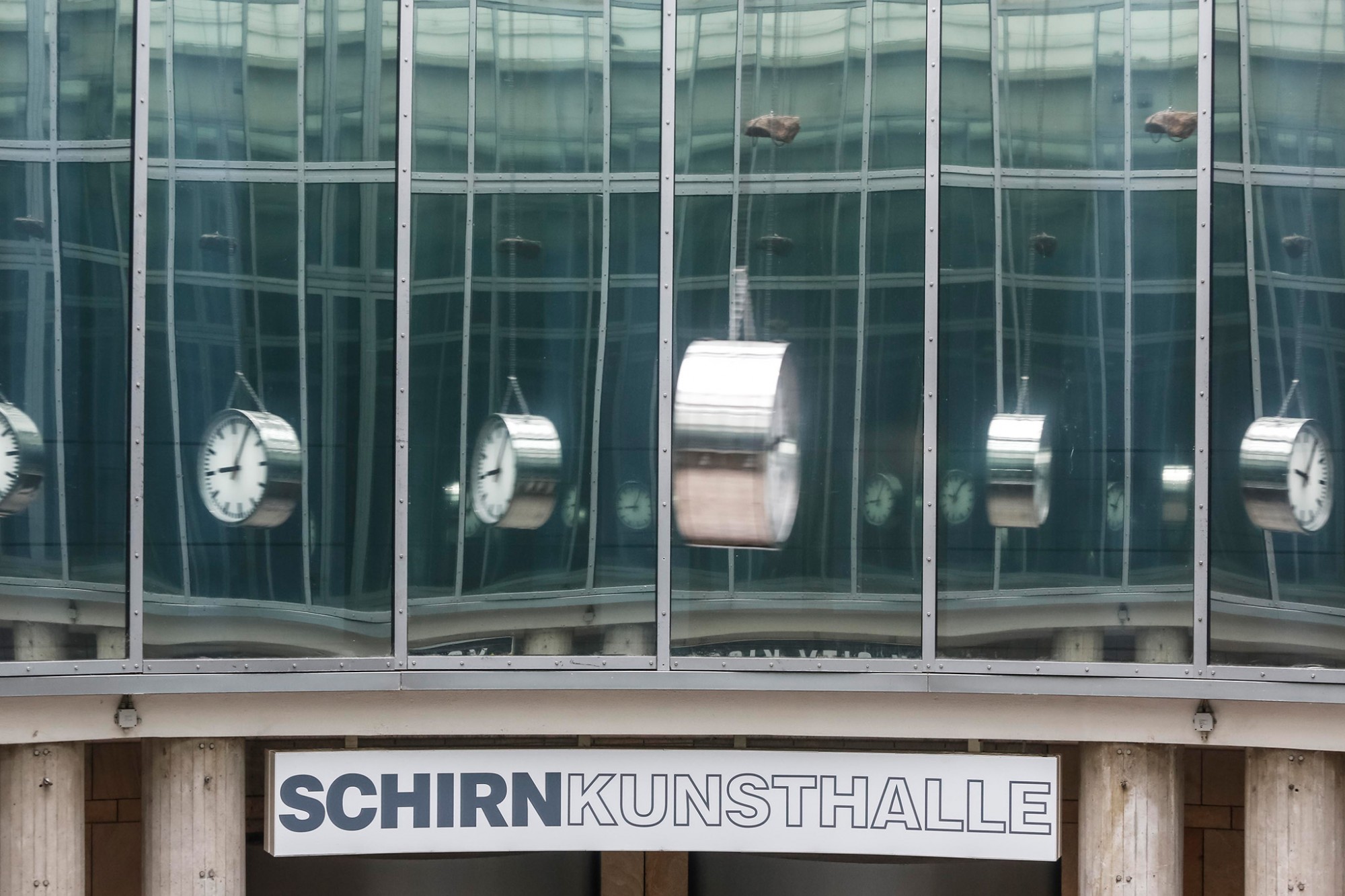 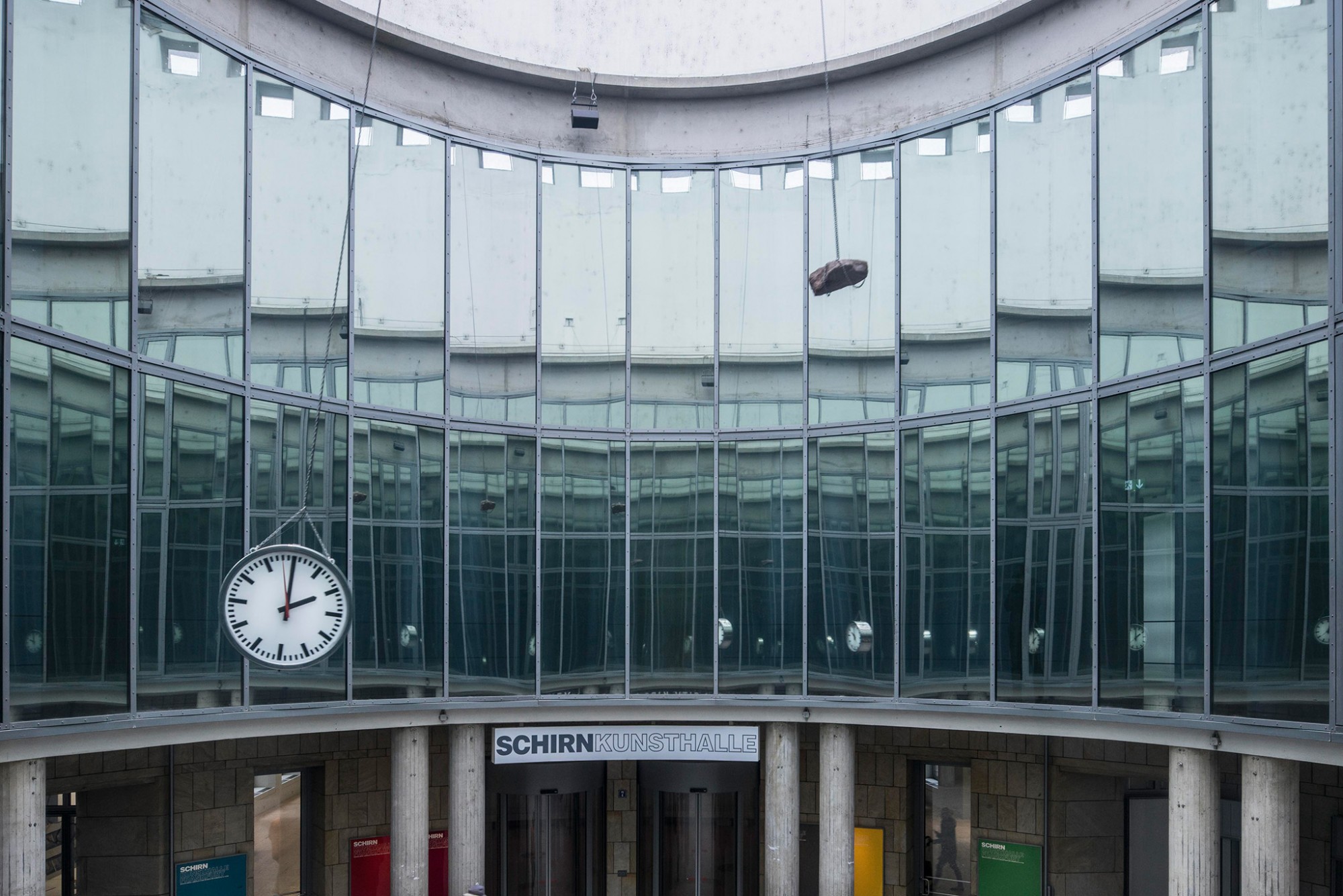 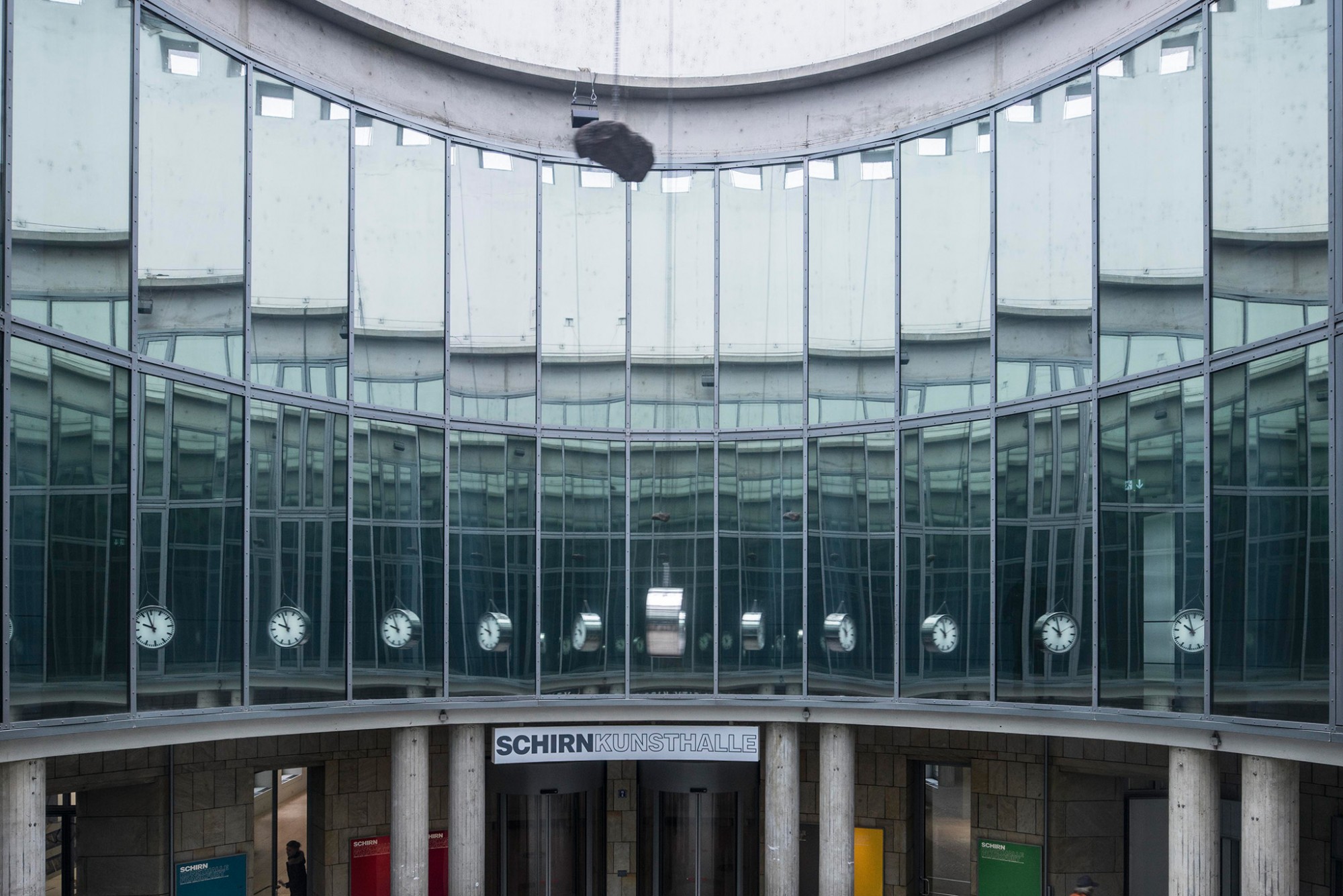 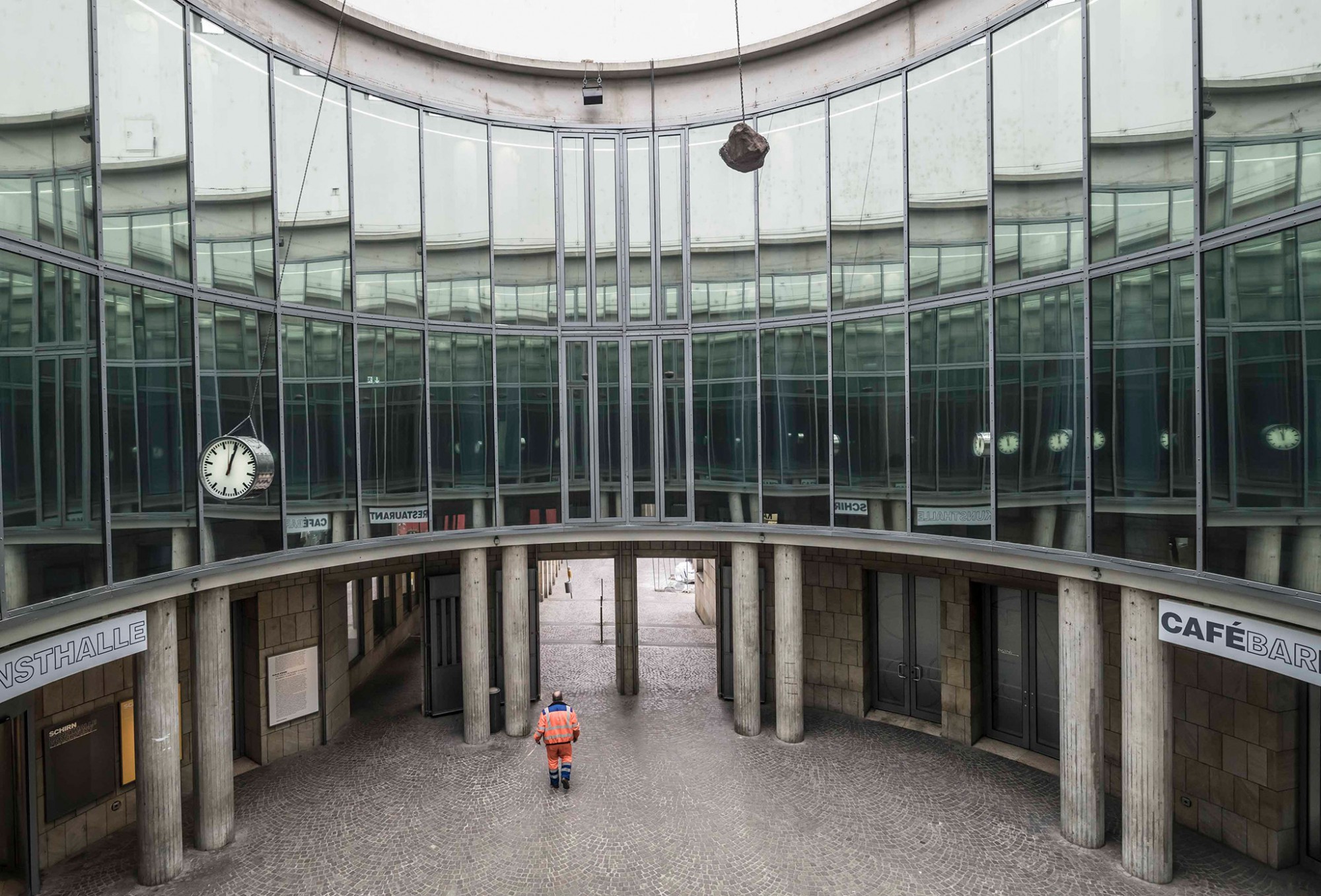 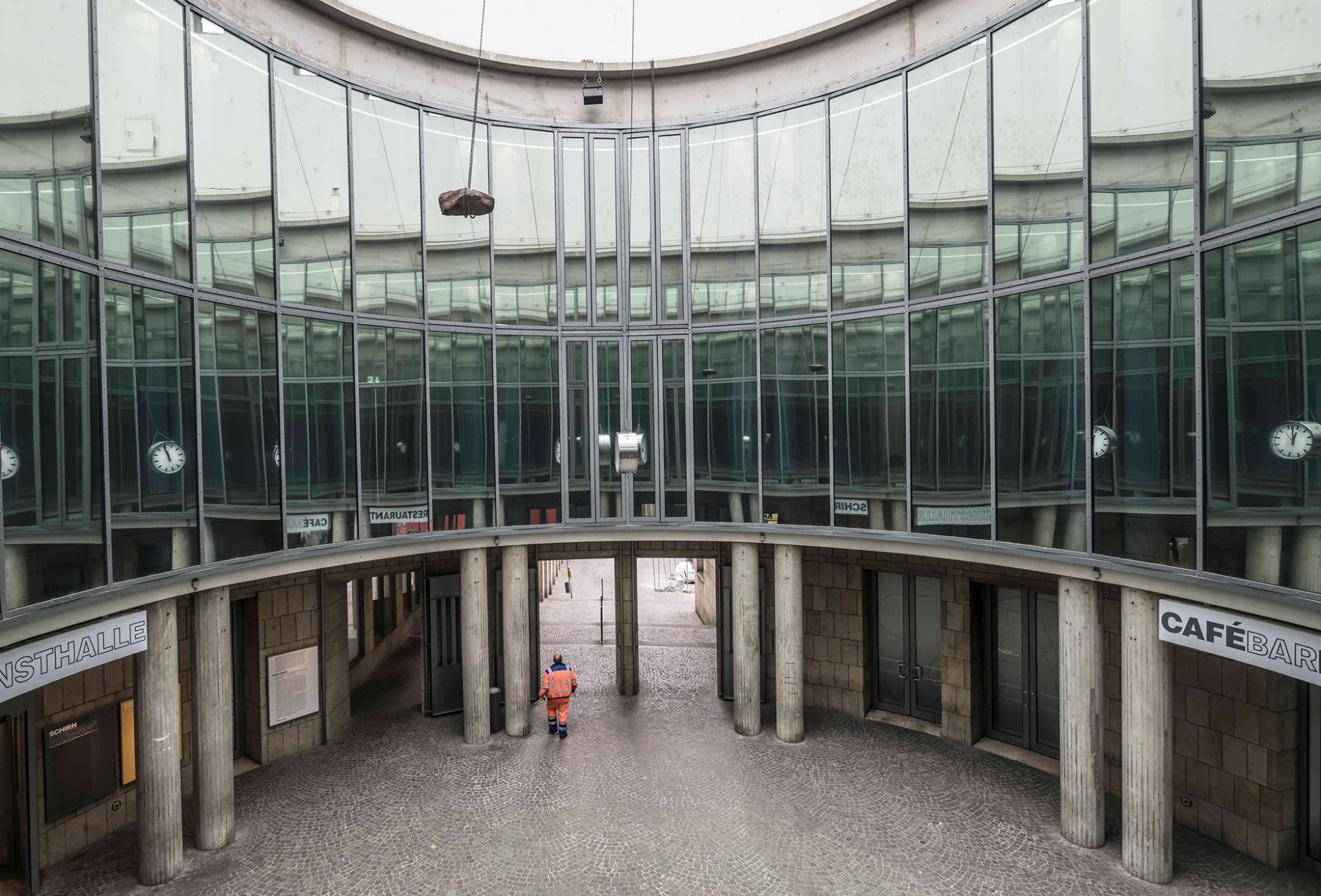 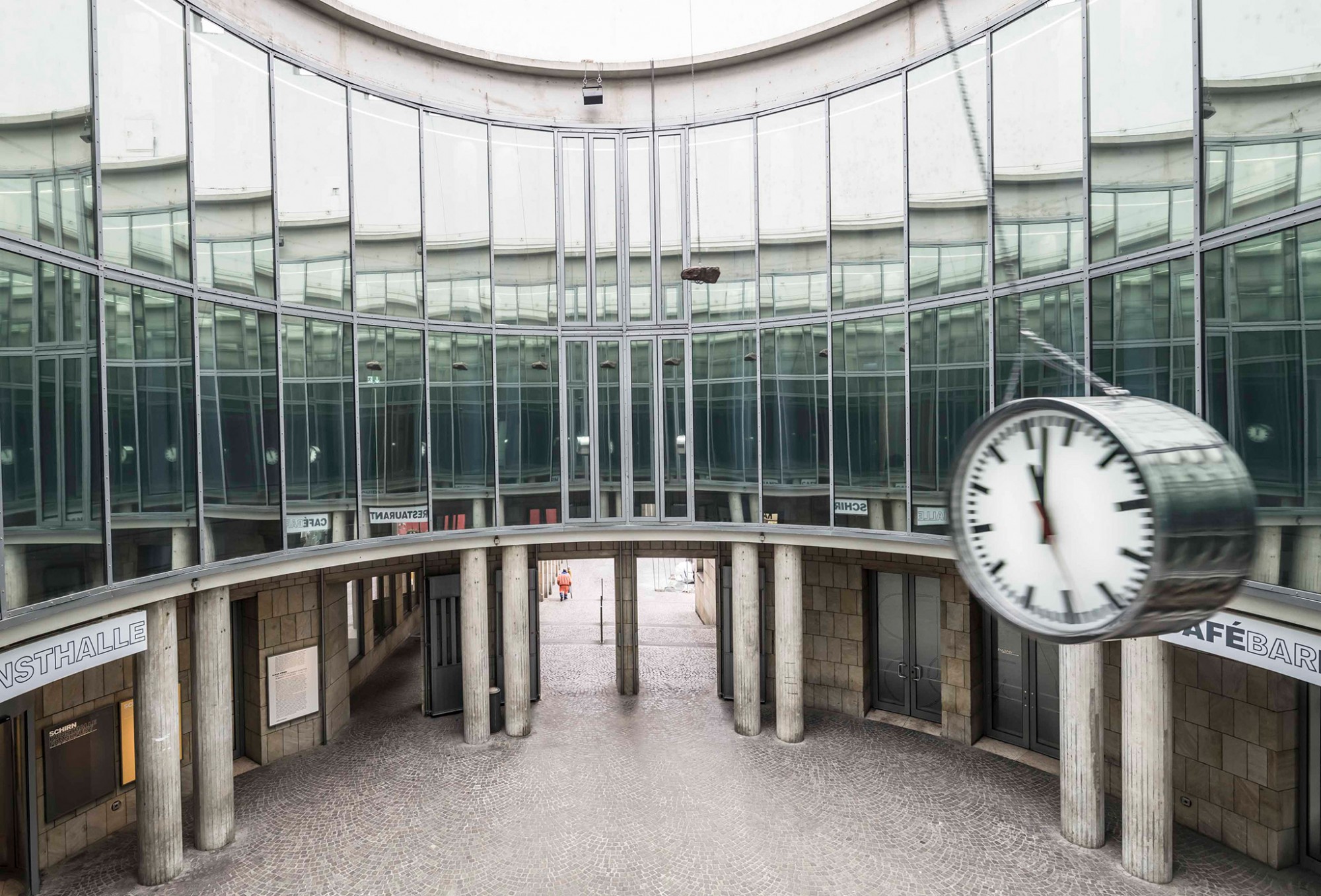 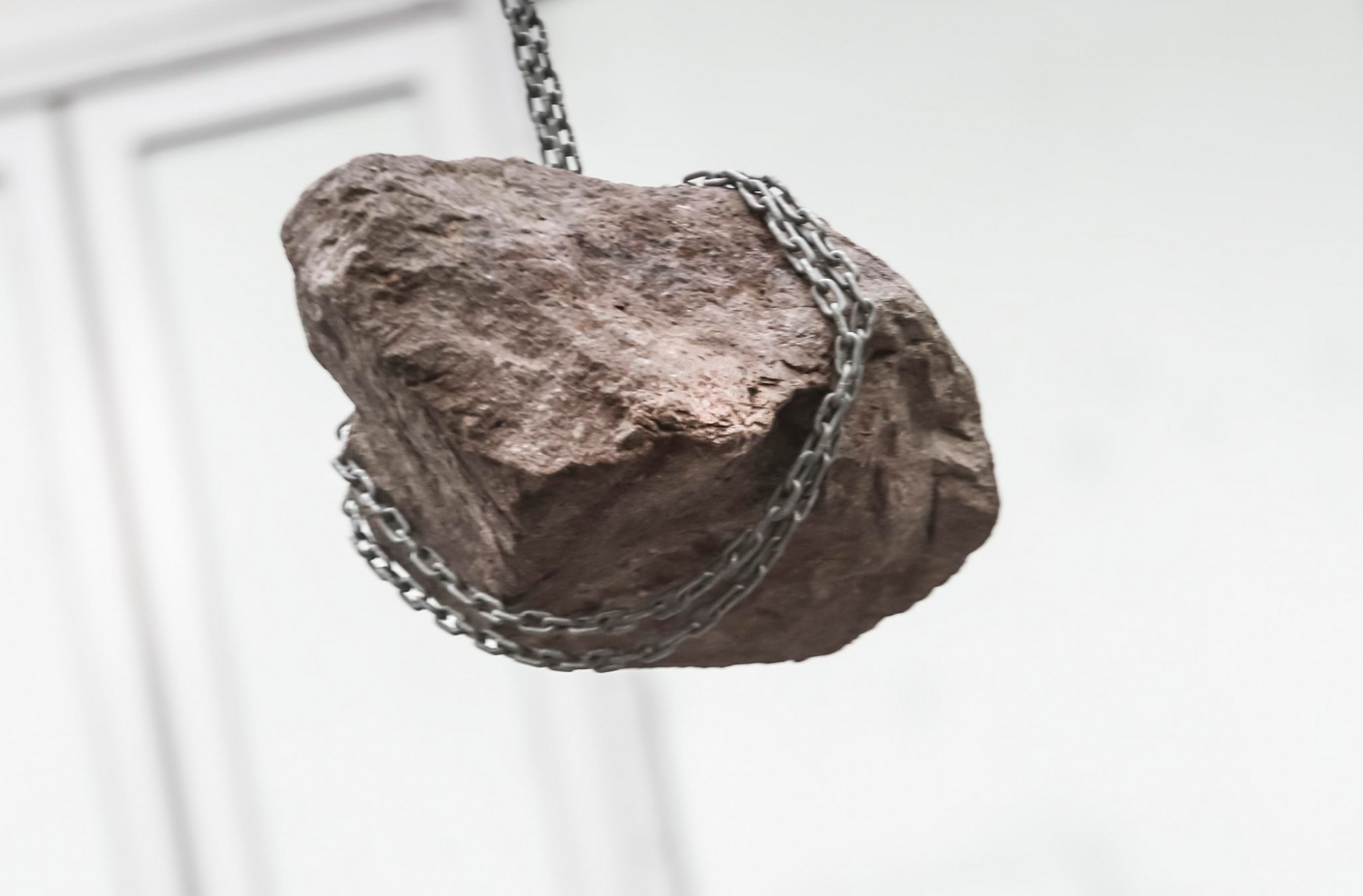 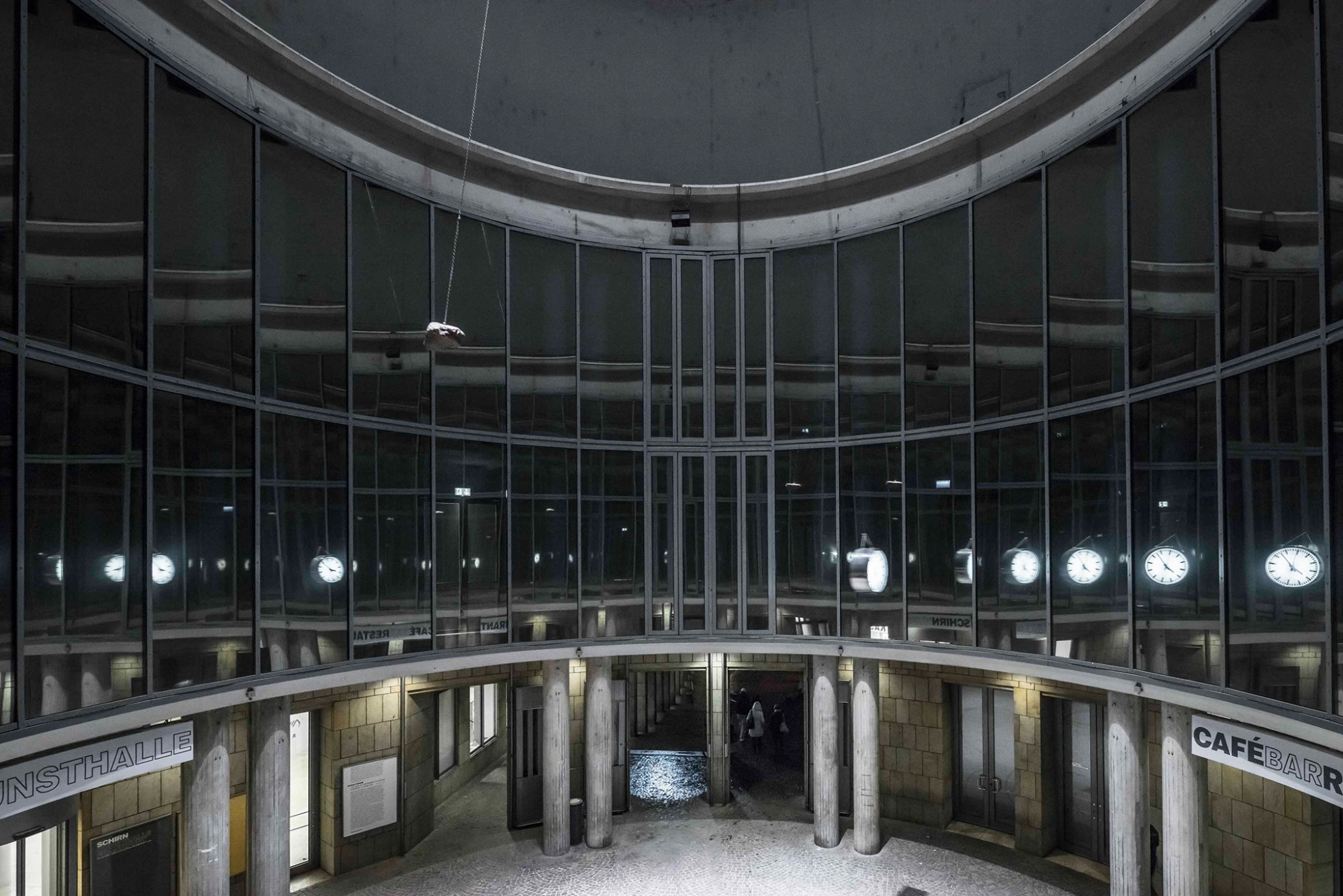 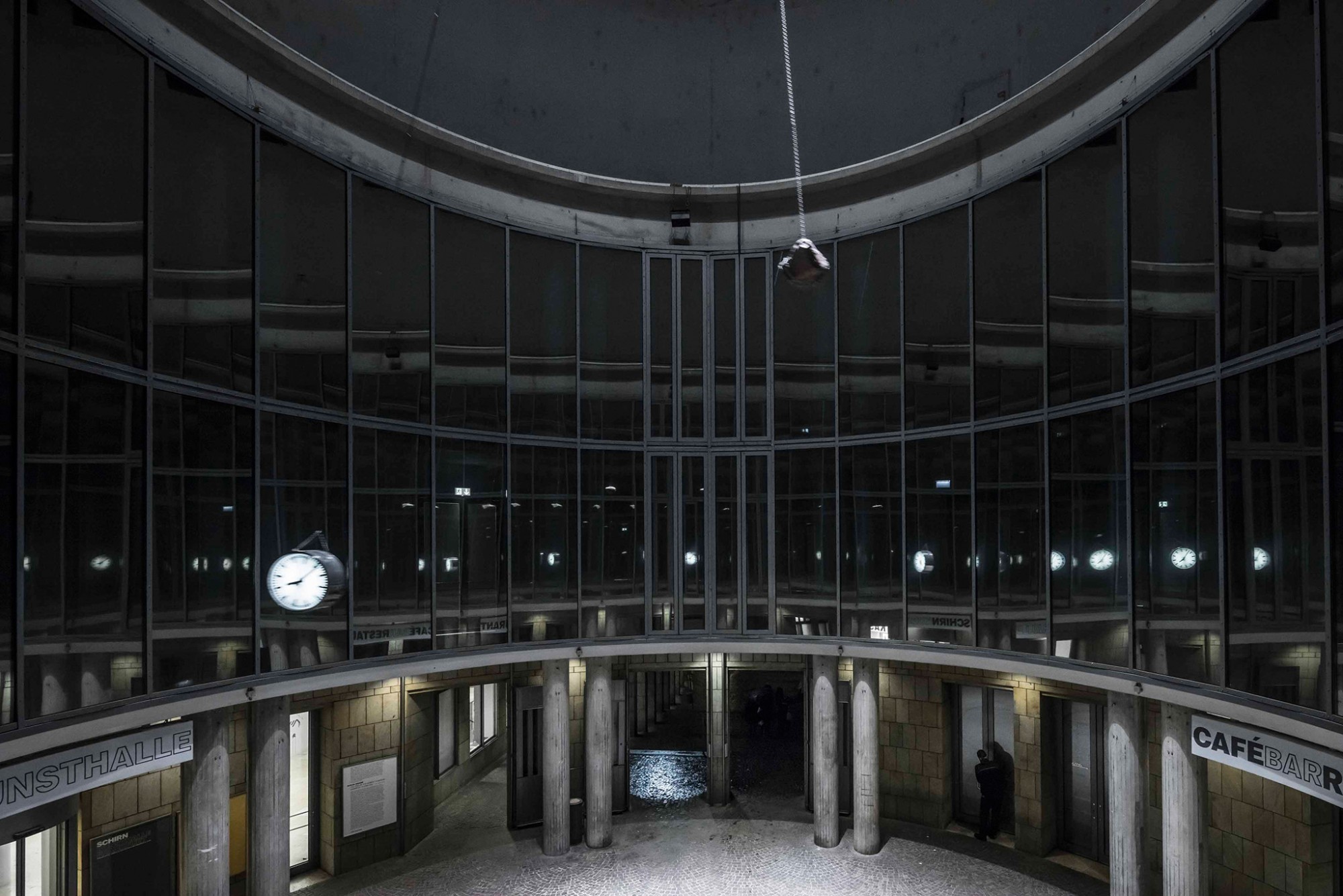 A motor with a circular thread is mounted in the center of the ceiling of the publicly accessible Rotunda. A stone hanging on a chain reaches to the upper, second story. A large, two-sided analogue clock has been mounted across from it at the height of the lower, first story. Both objects rotate around the central axis of the cylinder-shaped space and are incessantly reflected in the building’s fenestrated façade covered with mirror backing foil.

The objects following their infinite paths at unchanging speed produce a variety of sensory stimuli. You hear the monotonous ticking of the clock, and the continuing movement causes a constant hissing sound. The reflection brings forth an endless multiplication and doubling, which deprives the Rotunda of its spatial boundaries and creates a limitless number of parallel universes.