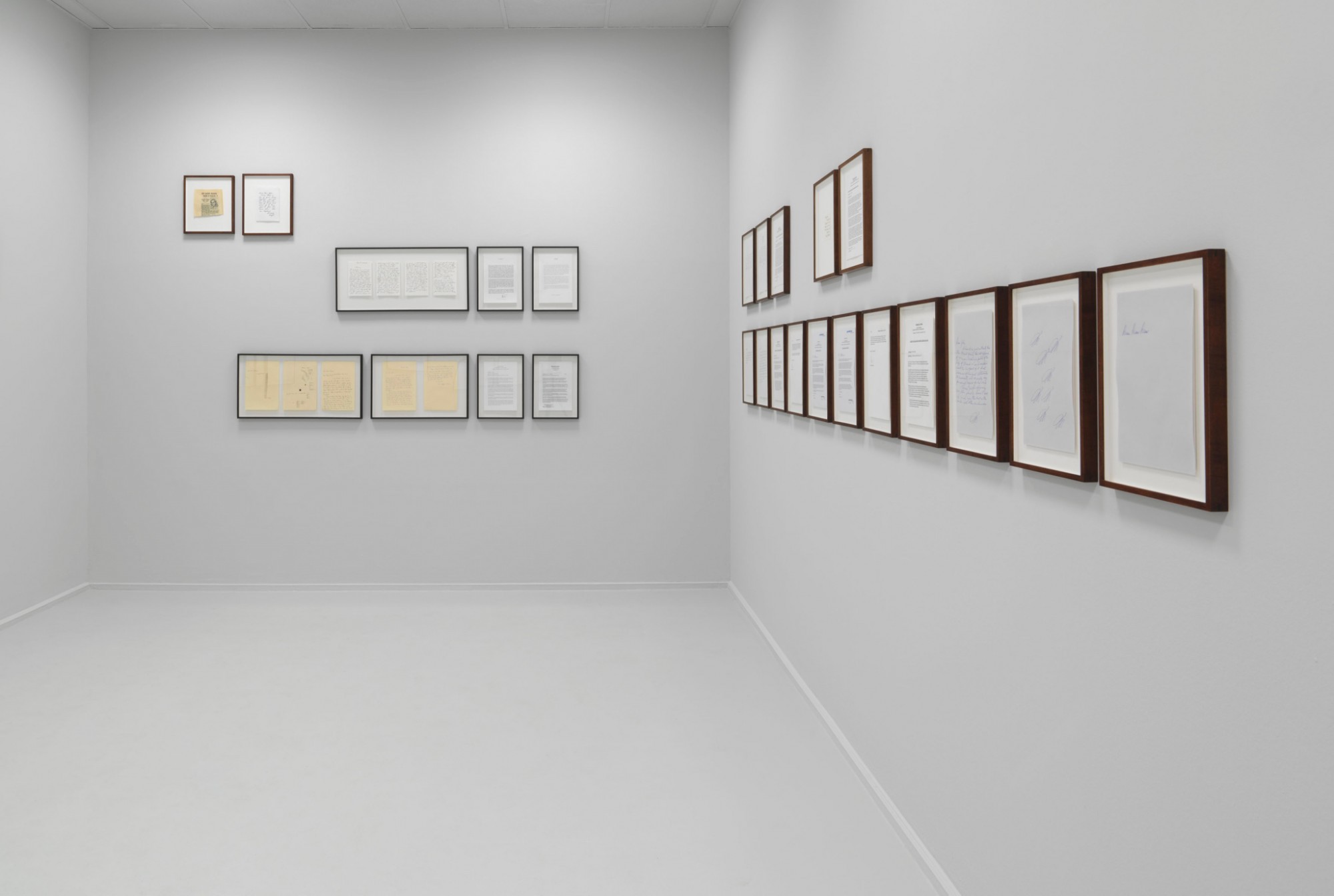 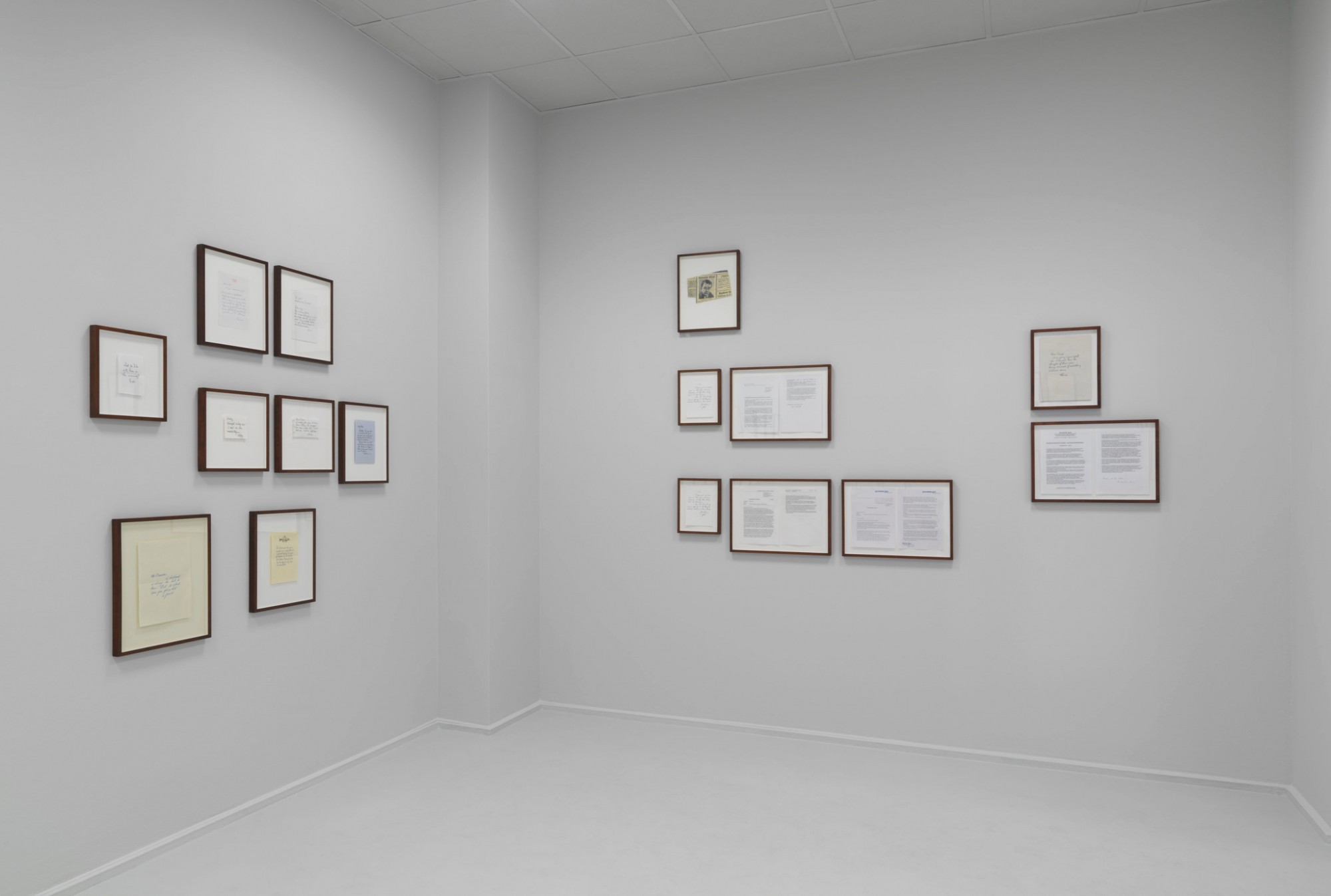 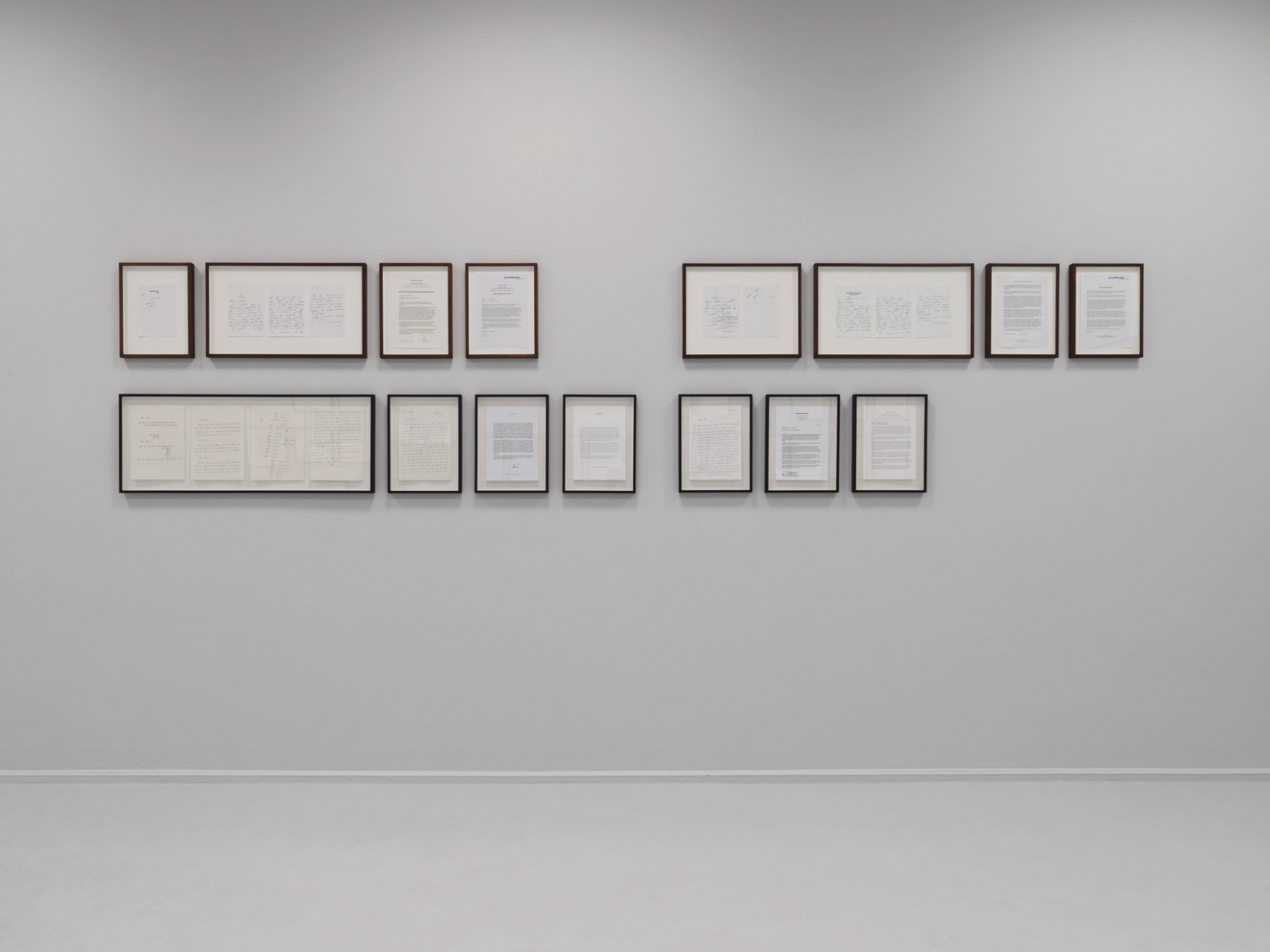 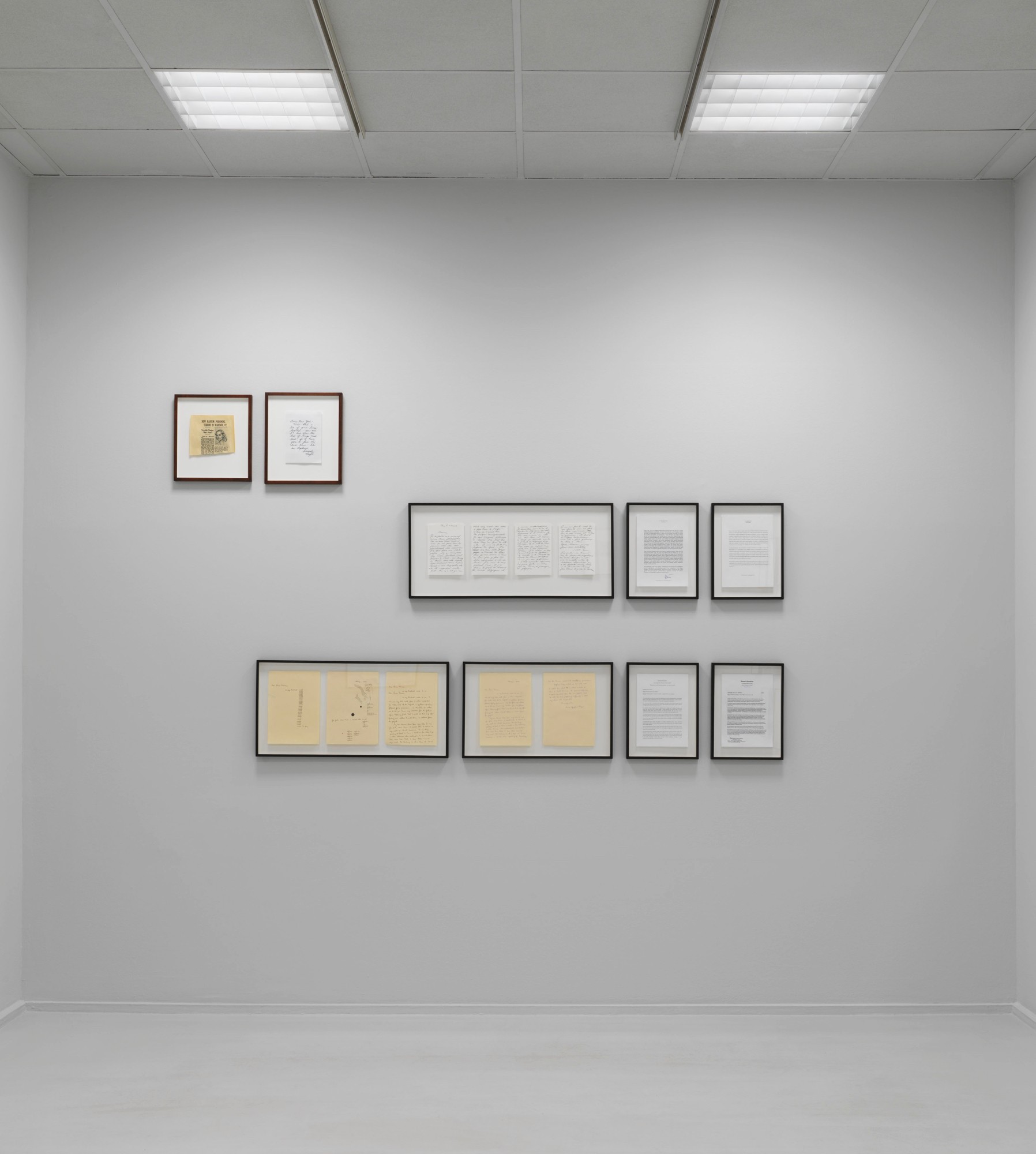 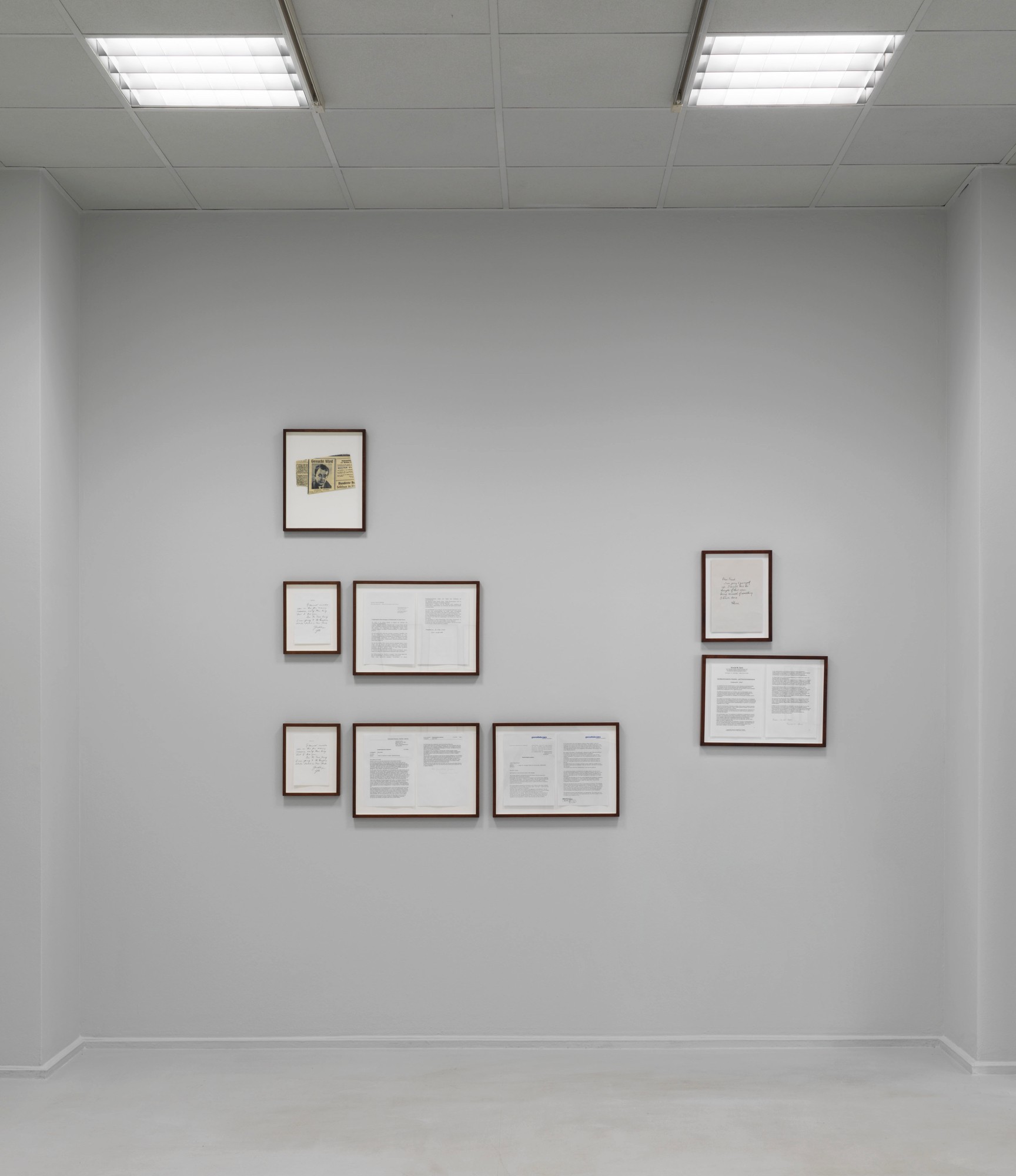 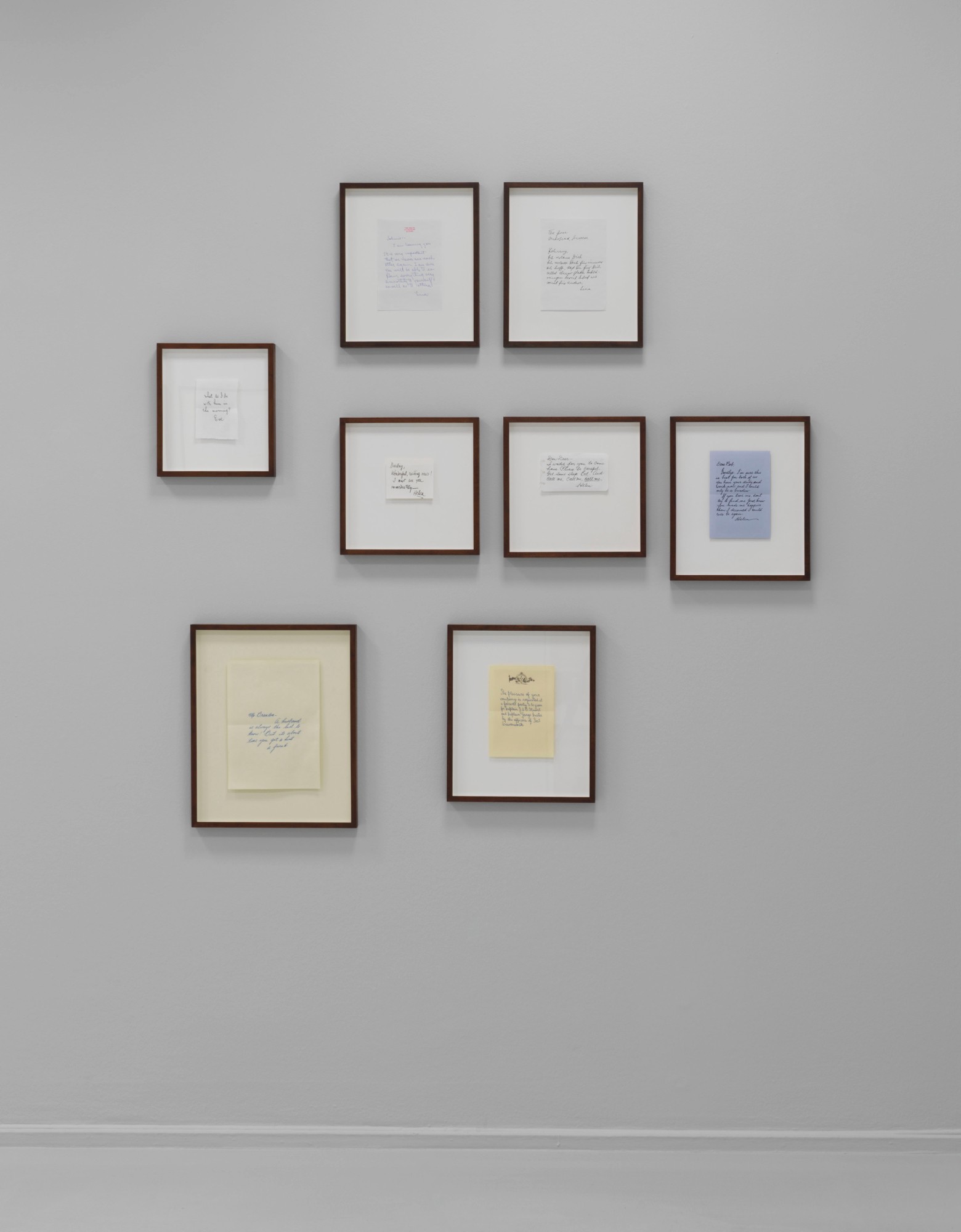 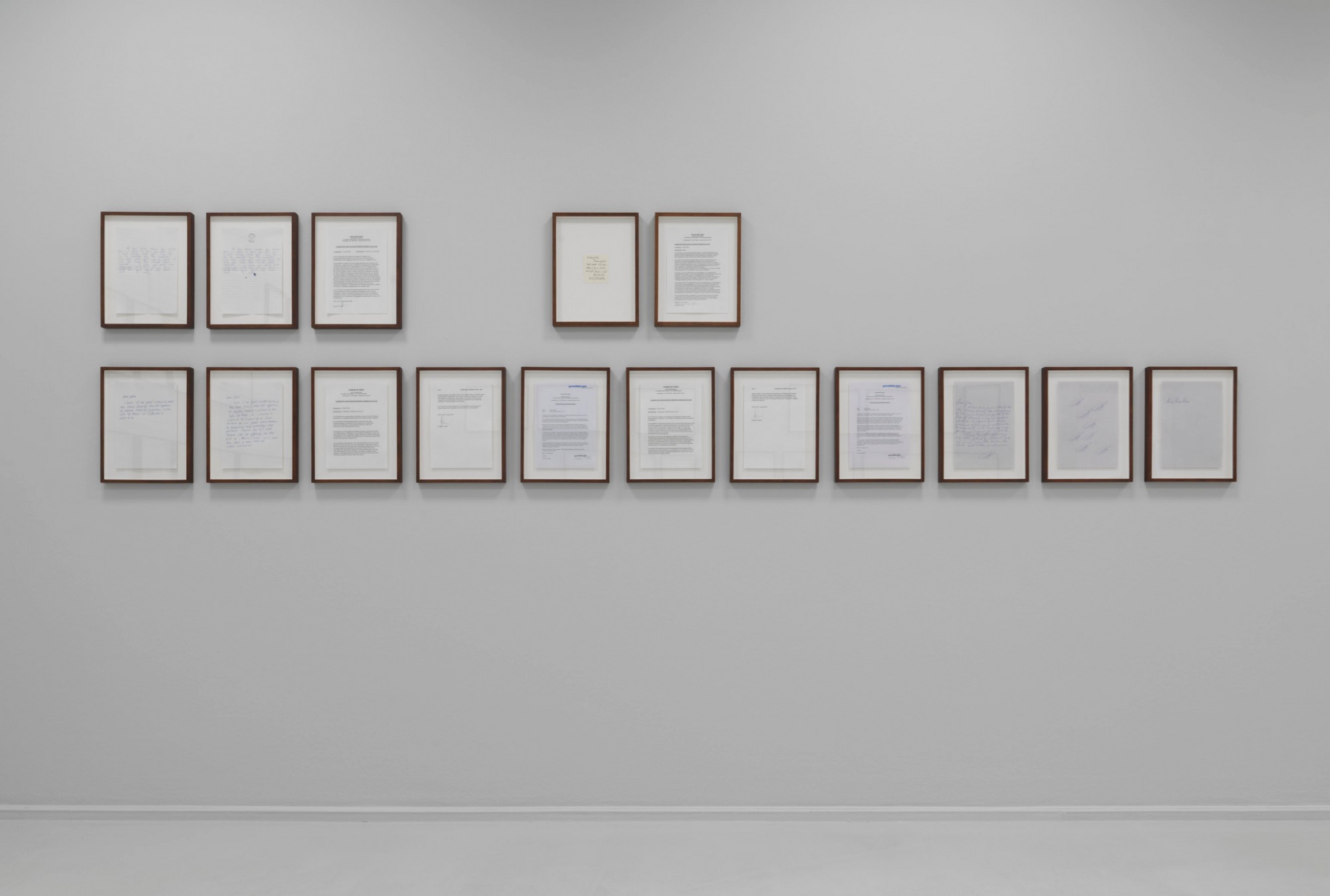 For her series of works “Being...”, presented at Neuer Berliner Kunstverein (n.b.k.), Kwade has intensively explored letters from both real and fictional persons. Since 2006, she has been meticulously copying selected documents by hand, over and over again, thus adopting new handwritings. The copies she made in this way were finally given to certified graphologists. The experts carried out a character analysis based on the handwriting and made statements on the personality of the alleged authors, which are recorded in various reports and presented by Kwade together with the copies of the letters. The question arises as to who or what is described here: the characteristics of a film character, of an actress or a props employee, of a depicted real person or a screenplay character, or the artist herself? Kwade’s experiment equally puts the psychodiagnostic procedure and its source material to the test and refers to a play with identities as it is common in a world shaped by the media: different personalities overlap, original and construct can no longer be distinguished.