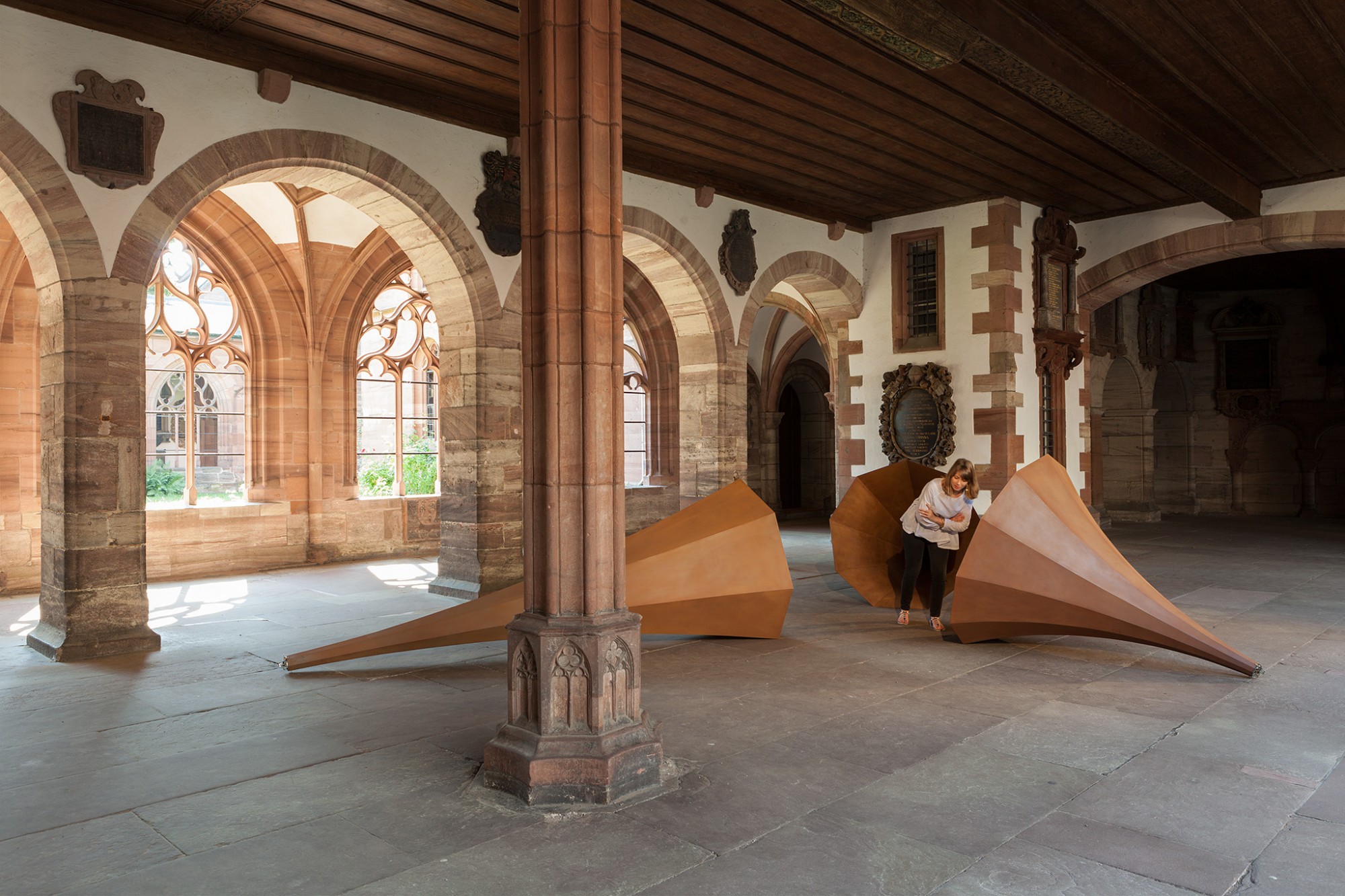 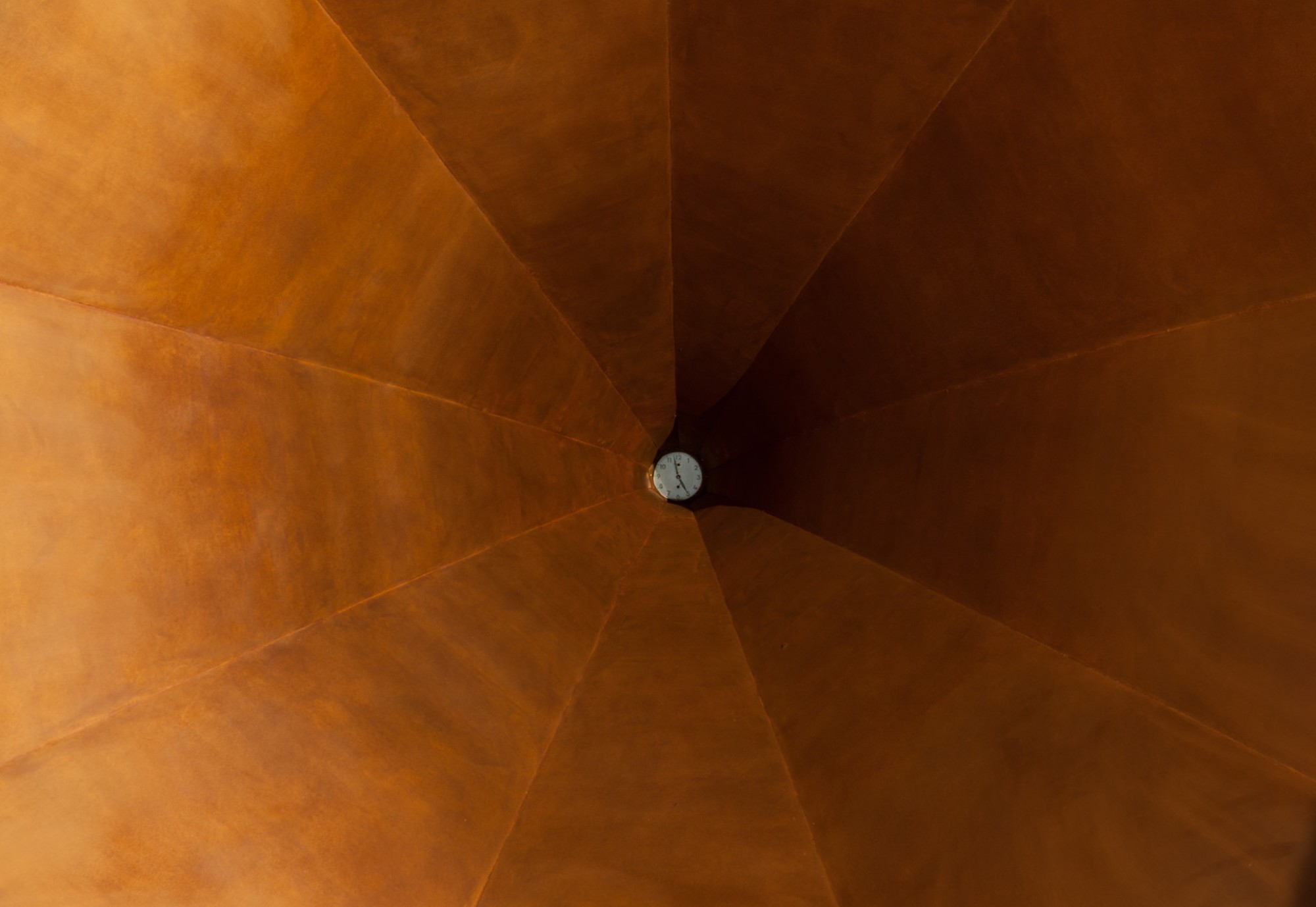 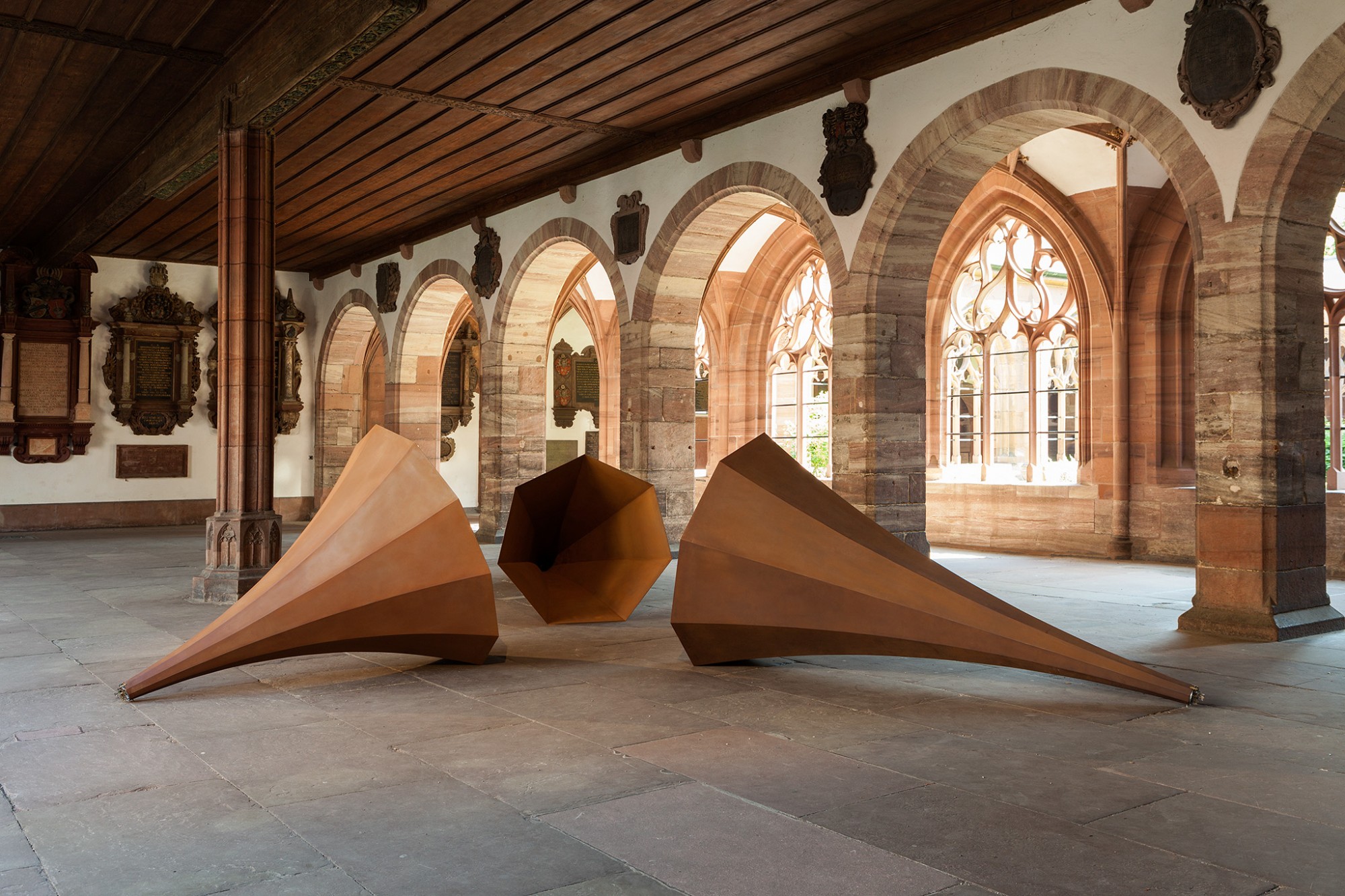 Der Tag ohne Gestern I-III questions some of our most innate perceptual notions with three large steel structures whose forms are inspired by pre-scientific attempts to illustrate the inherent structure of the universe.
While referencing these early schematics, Kwade’s sculptures also bring to mind the horn-shaped loudspeakers of early gramophones, a fact she exploits by utilizing their intrinsic ability to amplify sound. A clock is affixed to the base of each sculpture, its ticking seconds acoustically stretched and strengthened by the funnel-shaped tubes. The viewer can walk through the space, peer down the barrel of the sculptures and find a clock indicating the accurate time, demonstrating one of the fixed measures humans use to place ourselves in the universe. One of our most fundamental experiences – the constant passage of time – is in dialog with the sculptures themselves, whose forms are based on unprovable, intangible systems.